We’re not supposed to swim or fish in 40 percent of Minnesota’s waters, Gov. Mark Dayton says, because they are so polluted. Forty percent! This year, he wisely set a goal of improving water quality by 25 percent by 2025. 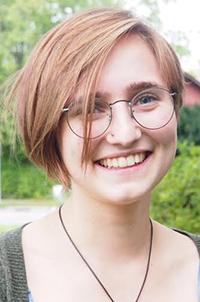 “Clean water is your right, it is also your responsibility and mine too,” Dayton said, according to a Minnesota Daily story.

This will take a lot of work – Dayton’s plan requires farmers, scientists, business leaders, and others to collaborate on water quality policies and investments.

We bring this to mind because Enbridge, a Canadian energy transportation company, is proposing to expand its tar sands crude oil pipeline across northern Minnesota. It’s called Enbridge Line 3. As a high school student and recent college grad, we know it is too big of a risk to take to expand pipeline infrastructure in our state. Not only is this project unnecessary, it is irresponsible to allow this expansion that threatens so much of Minnesota’s precious waters, wilderness and communities, and in turn our futures. 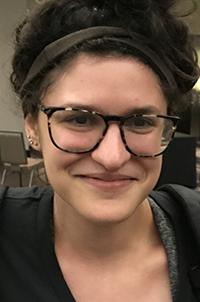 Why would any of our state leaders consider a tar sands oil pipeline when one major rupture could undo so much work and public expense to clean up our state’s waters?

Built in the 1960s, Line 3 carries crude oil from Alberta, Canada, to Superior, Wisconsin. It includes a 300-plus mile stretch across northern Minnesota. There is no question that the current Line 3 is old and failing. The question is whether Minnesota will approve Enbridge’s aggressive expansion and rerouting plans.

Please join us in thanking Gov. Dayton for his efforts to clean up the state’s waters, and ask him and the Minnesota Public Utilities Commission (PUC) to reject Enbridge’s proposal. Let’s continue our state’s great legacy of protecting our environment.

First, neither Minnesota nor the United States needs this project for our energy security. Sierra Club research shows that in 2016 Minnesota’s petroleum fuel use was down 19 percent from its 2004 peak. (Insert applause.) And while it is true that our country still imports crude oil, we are importing more than we need. Since 2011, the United States has been a net exporter of refined oil; our export volume has grown annually.

Third, the proposal violates Anishinaabeg treaty rights. Specifically, the Anishinaabeg (also known as Ojibwe) have rights under the Treaty of 1855 to hunt, fish, and gather wild rice through much of northern Minnesota. Minnesota’s leaders need to take these treaty rights seriously in reviewing Enbridge’s proposal, including tribal consultation.

To get involved, go here.

Isabel Watson and Elana Zien are co-chairs of the Sierra Club North Star Chapter’s Beyond Oil and Tar Sands Committee. Watson is a high school senior at the School of Environmental Studies at the Minnesota Zoo. Zien is a recent graduate of the University of Iowa.

Enbridge’s Line 3 crude oil pipeline: nothing but trouble for Minnesota

By Isabel Watson and Elana Zien