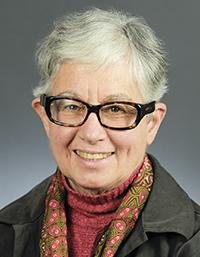 The combination of science and public policy seems to have greater relevance today. We saw the increased interest of the public as evinced by the recent March for Science events in D.C. and in many localities, including St. Paul. Also important is the creation of a new political group, 314 ACTION, designed to encourage scientists to seek political office.

We are also seeing increased political polarization of scientific issues such as global warming, emphasized now by President Donald Trump’s decision to withdraw from the Paris Accord.

Scientific and technological advances have been an important part of human development ever since the first Neolithic farmer started to analyze conditions necessary to improve her agricultural practices for increased crop production leading to better nutrition and survival. As human interactions have increased in complexity and become dependent on more political interaction, science and technology have become increasingly important to each part of our political system; legislative, executive and judicial and at each level of government, federal, state and local.

What is it like to try to do science in the political scene? In my first election, rather than emphasizing the women’s issues that had sparked my interest in politics, I concentrated on the importance of having someone with an understanding of science in office. (My credentials include a B.A. in physics and a Ph.D. in biophysics and some years of research in molecular genetics.) In the past election, both Ph.D.-credentialed scientists in the Minnesota Legislature were defeated.

A noted authority on science policy once wrote, “State and local governments employ science and technological knowledge in much the same way as the American populace employs the English language — on a daily basis, unquestioningly, and at less than technically attainable standards of performance.”

The tendency toward a short-term view

A traditional politician often takes a rather short-term view of most public policy issues. It becomes difficult for that politician to consider issues which may not be significant in 10 or 20 years or perhaps a millennium, when the next election is in six months. In addition, the immediate consequences of actions are always awarded a higher perceived importance than any possible long-range problem.

It is not surprising that the general public feels uncomfortable in areas requiring scientific knowledge and that the politician reflects this discomfort to an even greater degree. The pressure of making a wrong decision on a subject he or she knows little about and understands even less appears to be an avoidable risk.

Folks on each side point out the inability of anyone without years of training in complex sciences to comprehend the full ramifications of any such decision. It is argued that it is far better and safer to political bodies to do nothing and to let the experts — i.e., the regulatory agencies on one side or tobacco companies, chemical companies or drug manufacturers — decide.

A part of the problem is that the hopes of society have been raised, and scientists have appeared to promise more than they can deliver. We are all familiar with the “man on the moon” speech, some variation of the plea that the same talent that put a man on the moon could get him to work on time, keep him out of jail, end pollution on earth and so on ad infinitum.

The additional complication is that these problems are often the province not of the federal government but of some murky intermediate stage of city, county, regional or state government. Local levels of government face an increasing number of problems with heavy scientific and technological content in the areas of health care, land management, pollution, nuclear power and other energy problems, waste management, transportation and even social issues in either rural or urban settings.

The scientists, in the public view, take on conflicting roles. One is that of the neutral technician who produces the knowledge and lets others use it. Tom Lehrer expresses this in one of his songs:

Once the rockets are up
Who cares where they come down?
That’s not my department
Says Wernher von Braun.

At the opposite pole are the scientists who think of all knowledge residing with themselves. The solution then appears to be to find a broker and translator to the public policy makers and relieve the decision-makers of the responsibility of evaluating technical competence. In this simplistic model, the best minds are assembled; they ask thoughtful questions; they reach solid conclusions and resolve the conflicts between any conflicting technical views. The public decision-maker then adopts as policy the wisdom so delivered. These are models for the implementation of scientific decisions mainly conceived by scientists and so far unused in the real world as a replacement for the traditional political process.

Government uses and needs science, and even appreciates its need for science, but the basic principles of running government have been derived by people trained in law with little understanding of the scientific method and thought processes.

The political-legal mind must make a decision even with inadequate data — and in the absence of reason, will settle for ideology, a comparison of alternatives, political acumen or even “gut reaction.” However, the scientist without data will most often remain silent or feel that she has forfeited her credentials to speak as a scientist. This fundamental difference in the decision-making process is perhaps the most difficult for either the scientist or the politician to understand.

The situation becomes even more complicated for the politician when confronted with conflicting scientific advice. Disagreement can occur from basic scientific evidence or from the implications imputed to this evidence, or even the political orientation of the scientists producing the data.

With the issue of climate change, we see even the small minority of climate deniers given scientific credence because it fits into someone’s personal agenda.

Only part of the puzzle

How can we integrate sound science and public policy decisions?

Even if we become expert at distinguishing cases of sound science from cases of junk science, in the public policy arena, scientific evidence is only part of the policy puzzle. Public officials will also want to factor in social, economic, financial, logistical and political information into the decision-making process. Most frustrating to many scientists is the situation that just because the scientific evidence is sound doesn’t mean it will be the sole determinant of the direction of public policy.

Part of the problem is diverse public policy opinions on the appropriate responses to science and technology policy issues, concerning the best strategies of balancing health, safety and environmental concerns against economic considerations, or the cause of productivity decline and the most effective means of stimulating innovation.

The necessary creative dialogue requires better education for its participants at all levels. There is a strong arguments for judges to understand the subject matter of any dispute they are to resolve. The courts should understand the technical issues well enough to convey the implications of their decisions to the professionals in the agencies. This is also true of the responsibility of legislators for their statutory enactments. Since executive agencies are usually the repository for informed experts, the current administration’s attack on the science-based executive agencies all the more alarming.

The scientific and industrial establishments have delivered the message that American scientific and technological advances have built the American way of life. Yet there is also the realization that we face serious problems in maintaining this way of life — including the need to establish new safe energy supplies, with attention to the problems of climate change; to dispose of solid or hazardous waste; to protect endangered species; and to enhance economic development while maintaining international competitiveness.

Despite some disillusionment, indications are that the public still retains great faith in science and technology and even still naïvely believes that technological fixes can be found for almost all the ills of the world. Our citizens, believing in participatory democracy, want to control the important forces serving their lives — thus the desire to control science and technology.

The imposition of public controls on science and technology must be done within a democratic social ethic. This means by lawyers, scientists, engineers, farmers, government officials and academics. We have an enormous job in both mutual education and translation on our hands.

Phyllis Kahn represented Minneapolis District 60B in the Minnesota House of Representatives for 22 terms. She has a B.A. in physics from Cornell, a Ph.D. in biophysics from Yale and an M.P.A. from the J.F.K. School of Government at Harvard.

How do we integrate science into public policy decision-making?