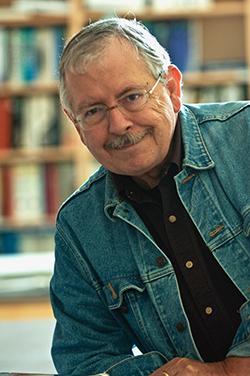 Briana Bierschbach raises an interesting question in the June 6 edition of MinnPost. She asks: Can anything be done to make the Minnesota Legislature more transparent? I would argue that, at least theoretically, the answer is “Yes,” if enough Minnesotans, of all political persuasions, want it. Here’s how I think it could be done. I offer this because I’m tired of the sausage I’ve seen made of our environmental protections the past few legislative sessions.

My proposal is based on the belief that politics, as played today, has become strictly a “gotcha” win-lose game. It doesn’t have to be that way. I wonder, he wrote rhetorically, how many current and future Minnesota legislators and other politicians are familiar with the book “Getting to Yes: Negotiating Agreement Without Giving In.” Do we have any reason to believe those who would represent us are familiar with the contents of “Getting Past NO, Negotiating With Difficult People”? If our politicians have neither training nor experience in creative, win-win negotiations, we have no reason to expect better results than we’ve seen for the past few years. Politics may not be rocket science or brain surgery, but neither is it an arena for rank amateurs or litigators. Politicians must be familiar with how to successfully negotiate. Political leaders must have training in win-win negotiations.

You may be thinking by now, “That’s all well and good, but how do we get there?” At least I hope that’s what you’re thinking. I want to beg, borrow or steal a strategy from the conservative side of the aisle. We get there by drafting and getting those political candidates who value our support to sign a pledge. The pledge is to participate in win-win negotiations for the benefit of all Minnesotans, not just their own constituents and political party. (Sort of like a “no new taxes” contract.) If candidates sign our pledge, we support them. If candidates don’t sign our pledge, no support, no votes, and, if need be, we recruit or drum up a viable challenger at convention/primary time. There has to be a political price to be paid for putting the good of the few ahead of the good of the many.

We aren’t going to get the kind of governance we deserve if we continue to elect those who put politics first, support party over principles, and treat governance as a “winner take all” game. I don’t know about you, but I’m tired of the games I see played every session in St. Paul (and in Washington, D.C.). I’m fed up with “politics as usual” because I’ve watched politics perform on a downward trend for most of my adult life. I’ve also had the honor of helping to elect those whom I believed offered a compelling vision of the kind of future I wanted for myself and my descendants. Recently, at both the state and national levels, I’ve watched other countries and states exercise better and more successful leadership than we have in Minnesota and much of the United States.

When I was younger, more idealistic and more radical, I had a poster on the wall of my office. It read, “You have not converted a man because you have silenced him.” I fear too many of our current and would-be representatives and leaders, and, in all likelihood, too many of us, no longer hold that perspective. We need it back if we are to thrive and not barely survive. Shall we start drafting that pledge?