Democrats in Congress are struggling to keep up a unified front. 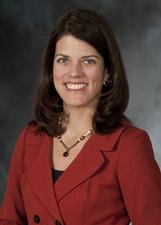 As the minority party, Democrats have spent the past six months standing by, mostly powerless, as President Donald Trump has made haphazard progress toward dismantling many of former President Barack Obama’s key accomplishments.

Last week the party suffered another blow: a bitter defeat in a special election in Georgia’s Sixth Congressional District. That made four special elections – out of four – they have lost since Election Day in November.

These losses all occurred in Republican strongholds, but Democrats were hoping for victories that would signal dissatisfaction with Trump’s presidency and bolster their momentum. Helping the GOP win in these hard-fought elections were ads attacking House Minority Leader Nancy Pelosi’s “San Francisco liberalism.” Looking ahead to the 2018 midterms, Pelosi’s long tenure as leader also poses a challenge to Democrats trying to make the case that they are the party of change.

As a political scientist who focuses on gender and party discipline in the House of Representatives, I have studied Pelosi’s long leadership. I think it is especially interesting to compare Speaker Paul Ryan’s recent struggle to persuade enough Republicans to support the American Health Care Act with Pelosi’s significant role in building a coalition to pass the Affordable Care Act.

In the past week, some frustrated House Democrats have suggested that Pelosi step down, calling into question her leadership, the party’s agenda and even the Democratic brand.

A defiant Pelosi reacted by calling a press conference and declaring: “I think I’m worth it.”

Is she? Let’s look at her record.

Pelosi’s rise to power and leadership are characterized by her intense partisanship, fundraising prowess and intraparty coalition-building.

Elected to the House in 1987, she won her first leadership race as party whip in October of 2001, defeating Steny Hoyer of Maryland by a vote of 118-95. As minority leader, Pelosi established a reputation as a pragmatist who enforced party discipline.

Fast forward to the 2006 elections, with Democrats gaining 30 seats and majority party control. Taking the gavel at the start of the 110th Congress, Pelosi became the first female speaker of the House, presiding over an 84 percent male chamber.

Serving as speaker from 2007 to 2010, Pelosi benefited from the centralization of party leaders’ power that occurred during the previous 12 years of GOP control of the House.

As she stepped into the leadership role in 2007, Pelosi had more tools and prerogatives than her Democratic predecessors, Tip O’Neill, Jim Wright and Tom Foley. That’s because under Republican speakers Newt Gingrich and Dennis Hastert, the shift of power away from committee chairs to party leaders – a change that had been taking place since the Democratic reforms of the 1970s – picked up speed. For example, Republicans instituted six-year term limits on committee chairs in 1995 that remain in effect. Selected by a party leadership-led steering committee, Republican committee chairs are not always the most senior majority member on the committee. They are typically members who display their party loyalty with their voting records and fundraising.

As speaker, Pelosi maximized her influence, setting the legislative agenda, pursuing partisan policy initiatives and fundraising for her colleagues. As I argue in my book, “Party Discipline in the U.S. House of Representatives,” Democratic committee chairs, grateful to return to the majority, were willing to cede power to party leaders.

For the most part, Pelosi worked hard to build consensus within her party and shut Republicans out of the process. She frequently met with freshmen and more moderate and conservative Democrats to find common ground on the party agenda. Under her leadership, House Democrats voted on average with the majority of their caucus 92 percent of the time in 2007 and 2008, setting a record for party cohesion.

When Obama was first elected in 2008, the Democrats gained unified party control of the White House and both chambers of Congress. Pelosi had a new challenge: building coalitions to pass the president’s ambitious agenda items – like health care and financial regulatory reform – rather than the easier job of simply attacking a Republican president’s proposals.

Pelosi’s role in the passage of the Affordable Care Act can hardly be overstated.

She brought Democrats together to start the process in the House before Obama became deeply involved. Three House committees marked up the bill which Pelosi then assembled. When key House Democrats threatened to withdraw their support over disagreements related to abortion funding, Pelosi appeased them and built consensus to attract enough votes to pass the bill. And when it seemed that the House and Senate would not be able to reconcile their versions after Senate Democrats lost their 60 vote filibuster-proof majority with the election of Republican Scott Brown of Massachusetts, Pelosi’s leadership was critical in crafting and executing a complicated legislative strategy that resulted in the bill that Obama ultimately signed into law.

House Democrats were largely unified on other votes as well, with the average member voting with the majority 91 percent of the time in 2009 and 89 percent in 2010.

But Obama’s legislative successes held a cost during the 2010 midterm elections. Democrats lost 64 seats. Republicans gained a 242 to 193 majority, their best showing since 1946.

Back in the minority, Pelosi was reelected as Democratic leader in 2011, defeating North Carolina centrist Heath Shuler by a caucus vote of 150-43. In a sign of dissatisfaction, 19 Democrats did not support her in the vote on the House floor.

On Jan. 3 of this year, all but four Democrats voted to reelect Pelosi as their leader for the eighth time. However, this show of Democratic unity on the House floor masked the uneasiness on display during the party’s internal contest between Pelosi and relatively unknown seven-term Democrat Tim Ryan of Ohio in late November. Pelosi prevailed, 134 to 63 – hardly a ringing endorsement.

As the 115th Congress got underway, Pelosi pledged to seek common ground with President-elect Trump on job creation, trade and support for working families. She also warned that “If there is an attempt to destroy the guarantee of Medicare, harm Medicaid, Social Security, or the Affordable Care Act, Democrats will stand our ground.”

Not surprisingly, with deep policy divides and intense competition between the parties, finding that common ground has been elusive. Without the votes to advance the Democrats’ agenda in the House, criticizing Republican policies is the best way for Pelosi to get attention.

In the upcoming midterms, Democrats will need a united front and they’ll need money to win seats in the House. They are unlikely to forget how Pelosi can draw upon her vast connections to raise record amounts. According to The New York Times, Pelosi has raised nearly US $568 million for her party since entering the House Democratic leadership in 2002. Just in the 2016 election cycle, she raised over $141 million.

Viewed through that lens, I would argue she may be “worth it.”

Yet House Democrats in swing districts may decide that it is too challenging to make the case for change with Pelosi as their leader. If Pelosi’s vote-counting history is a guide, she will know if and when that time has come.

Kathryn L. Pearson is an associate professor of political science at the University of Minnesota.

This article was originally published on The Conversation.

Is Nancy Pelosi worth the trouble?