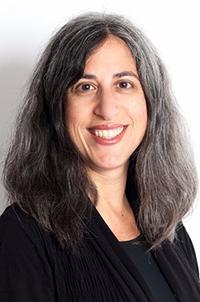 While most Americans have put tax season behind them, President Donald Trump and Congress are gearing up for tax reform, and we’re paying attention. As an organization that provides free tax preparation, we know that tax time can be a game changer for people who work hard but find it difficult to cover the essentials.

Credits are a springboard

People who work and play by the rules should not live in poverty. These credits give low-income working people a springboard to greater financial opportunity. In Minnesota, the latest numbers from the 2016 tax season show that more than 332,000 eligible workers and families claimed $737 million in EITC, which was used for things like rent, student loans payments, credit card bills, and savings.

Cutting the credits by $40 billion, as President Trump proposed, would force millions of hardworking families into poverty. Previous presidents, Republican and Democratic, understood that these tax credits work and expanded them.

We applaud Gov. Mark Dayton and the Minnesota Legislature for recently passing a tax bill that expanded our state’s version of the EITC, the Working Family Credit, to younger workers by lowering the qualifying age to 21.

Taxes are complicated, but that doesn’t equal fraud

When tax time rolls around, more than half of Americans turn to professionals to help them file their taxes and trust that they’ll get it right. In fact, the IRS booklet on the EITC is 38 pages long because of strict and confusing eligibility rules. So when a regular working person or tax preparer makes an honest mistake, it shouldn’t be labeled as fraud and a reason to cut the credit as the president’s budget suggests.

Rather than turning our backs on working people, let’s instead work for a more reasonable solution: ensure that unregulated tax preparers prepare accurate returns. According to the Consumer Federation of America, the public supports requiring competency standards and special training for tax preparers.

A growing body of research shows that children benefit from the EITC and CTC. According to the Center on Budget and Policy Priorities, for each $1,000 increase in a family’s annual income over two to five years, children’s school performance improves. If enacted, President Trump’s budget would scale back the EITC, and taxpayers filing with an Individual Tax Identification Number would no longer be able to receive the CTC. More than 90 percent of the children who would be affected are native-born U.S. citizens. It’s clear that cuts to these credits would not only hurt working adults but also millions of children.

With the House reportedly set to release its version of tax reform soon, we hope they will look at the facts and choose not to cut these key tax credits that are essential to so many hardworking Americans.

Tracy Fischman is executive director of Prepare + Prosper in St. Paul, a nonprofit focused on financial capability for low-income households.