The struggles of LGBTQ individuals in this country are unique. Throughout American history, many communities have been oppressed and disenfranchised. But uniquely, we have had to endure cultural rejection and hatred – from our families, our churches, our government and the public – simply for expressing our identities, for being who we are. 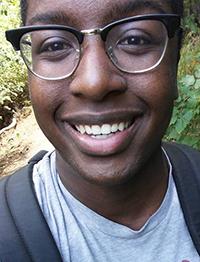 We have needed understanding and acceptance, but have rarely found it. Today, we perhaps are better understood by others than ever before, and yet even now, LGBTQ people encounter hostility, discrimination and cruelty that should be unthinkable for any group in 2017.

But historically, there was one entity willing to give us the respect and attention we deserve. An industry that, well before we were accepted in American culture, reached out to us, saying, “We understand you, we care about you, we are your friends.”

Among our oldest ‘friends’

That’s right, the tobacco companies – killers of millions, sellers of poison to children, liars under oath – are among the oldest “friends” our communities have. (A definition: When we say tobacco, we mean commercial tobacco, not the traditional tobacco used as medicines by some groups.) 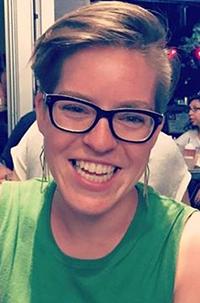 Today, when gay marriage is the law of the land (for now), and transgender celebrities are cheered (by some), it’s hard to remember when nearly all LGBTQ individuals had to hide who they were. But it wasn’t that long ago. The 1980s were a time when we needed acknowledgment more than ever before in our history. AIDS was ravaging the country, and decimating gay communities as more than 100,000 contracted the disease. And yet, the decade was a time when the “Moral Majority” dominated our culture, and even the president turned a blind eye to what was killing so many American people.

But here is what Philip Morris said in 1985:

Homosexuals have made progress in changing their image in this country. Today they have become acceptable members of society. We should research this, and perhaps learn from it.

They did research it, and they did learn from it. What they learned was that LGBTQ people represented a “dream market” that was longing to be respected, valued and accepted. The tobacco industry consulted gay marketing firms who told them that we were “attention-starved and very loyal.” And they decided the way to make us feel accepted was to sell cigarettes to us.

But in order to sell to us, they had to show us how much they cared. They knew we didn’t trust them; in fact, some LGBTQ advocates had even protested Philip Morris for its support of anti-gay politicians. So they worked to undo those bad feelings. They donated money for HIV/AIDS research, and gave gifts to arts organizations. They gave advertising money to gay magazines – which at the time were too controversial for most sponsors.

It worked. By the 1990s, editors of gay publications were celebrating the industry for its inclusivity, and tobacco ads were everywhere in our communities. Big Tobacco continued giving money to us, notably by sponsoring Pride festivals through an initiative they privately (and charmingly) called “Project SCUM” (for “Sub-Cultural Urban Marketing”).

LGBTQ people gave back, too: by smoking. Boy, did we smoke! After all, those ads showed us that cigarettes could be part of our identity. Even as rates fell in the general population, we continued smoking – because, as the tobacco companies pointed out to us, who was mainstream America to tell us how to live?

Today, we’re still paying the price for this “friendship.” Nationwide, LGBTQ people spend $7.9 billion on tobacco products annually. Nationally and here in Minnesota, our smoking rate is 20 percent, much higher than the general population’s rate of 14 percent. A recent study found that today, more HIV patients die of diseases caused by smoking than of AIDS.

The tobacco industry is continuing to cultivate us too. Tobacco companies still advertise in LGBTQ magazines; they even place LGBTQ-targeted ads in mainstream publications today. They use social media to reach us (and to escape tobacco advertising restrictions). Unlike in the 1980s and 1990s, when their targeting was aimed mostly at gay men, today they are extremely aware of our communities’ scope, and advertise to multiple gender identifies and sexual orientations.

Remember this part of our history. The tobacco industry is no friend to LGBTQ people. They have trapped so many of us. They take advantage of us, take our money, and kill us. Today more than ever, we must be aware of their influence – and resist it.

Then and even now: Big Tobacco and its LGBTQ marketing

By Gabriel Glissmeyer and Laura Henry