Looking at recent events in clean energy and climate, Charles Dickens comes to mind: “It was the best of times, it was the worst of times …” Dickens’ contradictions referenced another revolution, long before the current energy revolution — but it’s easy to see our own “winter of despair” in today’s U.S. federal energy policies, while Minnesotans take pride in a well-earned “spring of hope” here at home. 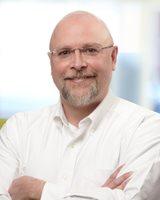 Still, even in Minnesota, the “best of times” is something we need to earn every day.

In his short time in office, President Donald Trump has authorized remarkably bad decisions to undo the federal Clean Power Plan and pull out of the Paris climate agreement. His actions abdicate any and all U.S. global leadership on climate and clean energy, notably isolating us among the planet’s top greenhouse gas emitters.

This comes in sharp contrast to this year’s 10th anniversary of Minnesota Gov. Tim Pawlenty’s Next Generation Energy Act, which passed on an overwhelmingly bipartisan basis in 2007, with fewer “no” votes than another proposal that year to make the Honeycrisp our state apple. The act sought to cut energy waste and costs; deploy more homegrown renewable resources; and gradually decrease reliance on traditional energy sources like nuclear, coal, and natural gas.

Pawlenty called the Next Generation Energy Act a “win-win-win-win” for Minnesota — good for our state’s energy customers, environment, economy, and energy independence. And after 10 years of steady progress, it has emerged as the single-most successful energy initiative in Minnesota history.

Trump asserts that attention to the economy drives his decision-making, so let’s take a look at the impact of clean energy on Minnesota’s economy so far:

And Xcel Energy is not alone. Across the state, Otter Tail Power, Great River Energy, Minnesota Power, Rochester Public Utilities, and more are tracking the same course — retiring coal, capturing efficiencies, and investing in wind and solar technologies. What’s more, these utilities are keeping average residential electricity costs below those in our neighboring states, and well below the U.S. average.

If Minnesota’s impressive track record is to continue, local leadership will hold an ever-increasing share of responsibility to squeeze out energy waste and invest in our renewable economy. The cities of St. Paul and Minneapolis, as well as Minnesota’s state government, have each pledged adherence to the goals of the Paris accord, despite bad decisions out of Washington.

What we still need to do

Aligned with this important step, we will need to up our local game:

Ten years ago, the Next Generation Energy Act put Minnesota on a course that allows us to praise noteworthy progress here at home, even while acknowledging the worst of times in Washington. But now is not the time to rest on our laurels — because that very same Minnesota hallmark of civic commitment, bipartisan buy-in, and local government leadership is needed now if we’re to maintain the best of times in our own backyard.

Mike Bull is the director of policy and external affairs at the Center for Energy and Environment, a Twin Cities nonprofit that provides practical energy solutions for homes, businesses, and communities. Bull also served as senior policy adviser to Gov. Tim Pawlenty.

With U.S. absent from global climate accord, time to up Minnesota’s local game