The first time my son was bullied, it was not by a child but an after-school care employee. My son was in kindergarten. He and his sister were about the same size and he accidentally wore her pair of jeans, which had small pink embroidery on the pocket, hidden because of the long shirt he had on that day.

The staff member asked my son, “Hey, are you a boy or a girl?” She showed my husband the pink decoration as she asked my son if he was sure.

Because of that one day, my son double-checked what pants he was wearing for months. For years he was terrified of the slightest idea of pink on his body. I complained, but because it was her first warning, nothing was done. We ultimately left the school district.

Years later, my son’s next tormentor was a girl in his class. She fit the criteria of a bully — and over time she pulled her friends into the bullying to create a power imbalance. Most of it was social and verbal, but once it crossed over to physical.

The worst part for him was the consistency of it. Day after day he had to endure a game that if anyone so much as touched anything he had touched, they were tainted and unable to remove the “germs.” Soon he was treated like a pariah by many of the kids in class.

The day my son was crying too hard to do his homework, I reached out again to the girl’s mom, whom I had tried to talk to in the past. It shocked me when my phone calls and emails garnered little response. I spoke with the teachers, who said they hadn’t noticed anything. Most seemed surprised that a boy was being bullied by a girl. Even dear friends, when they heard about the situation, would initially respond with, “Oh, she probably just likes him.” I would have to further explain about his things being thrown down the stairs, the notes in his locker and the intentional isolation before their expressions changed.

What finally turned the circumstances around was another little girl, a 10-year-old who is friendly with the bully. She had moved to our neighborhood and got to know my son. She then created a “Stop being mean” club, and everything changed overnight. 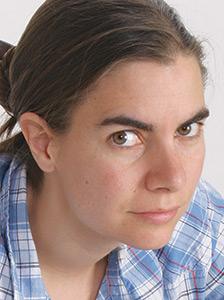 After years of bullying, and months of me beating my head against a wall, it felt as abrupt as a faucet being shut off. I did not realize that such a young girl would have more control over the situation than all of us adults put together. I am grateful she happened to move close enough to bond with my son and ultimately come to his aid. At the same time, I can’t help but think how often something like that doesn’t happen — where the bullying continues unchecked and becomes part of the school culture. Under the surface, insidious and difficult to stop, many children are left to navigate the situation with little support.

When I look back at what happened, I now believe that as a parent the best thing I can do to stop bullying is to encourage my children to advocate for others. It doesn’t affect them directly as much as it impacts the community they share, which ultimately shapes who they are. In this environment, they test their own morality and identity without the purview of adults. It forms their understanding of personal relationships and responsibility, and helps them to realize that we are truly all in this together. Yes, it is important to teach kids to stand up for themselves, but it is even more effective when they stand up for one another.

Sarah Whiting is a freelance photographer and works at the Minnesota Women’s Press, where this commentary was first published.

Anti-bullying support: the power of peers