As Mayor Chris Coleman and other civic leaders in St. Paul have correctly said, our city’s colleges, hospitals, and major nonprofits are vital and vibrant parts of St. Paul’s DNA. They make our city a better place to live. However, these institutions also contribute to an unnecessary budget crisis by not paying for the infrastructure in our city.

There is currently a $32 million hole in St. Paul’s budget for street maintenance, which it is scrambling to fill. St. Paul Public Schools (SPPS) are in a similar place. In March, SPPS announced a $23 million budget deficit – an event that has become an annual tradition. Each year we come up with a short-term bandage that gets us through to the next year, but continual budget cuts are taking their toll. We need our large nonprofit institutions to be good neighbors and pay their fair share.

The city of St. Paul has set up a task force to examine the issue of nonprofits not paying property taxes, but the process has been flawed and exclusionary from the start. The Citizen’s League claims to be a neutral arbiter, bringing together all major stakeholders. But the task force is not representative of the residents of St. Paul. Most striking is the lack of diversity on the committee. The board is made up of – to put it bluntly – nearly all white people. St. Paul is a city that celebrates its diversity, but you would not know that looking at the people on this committee. 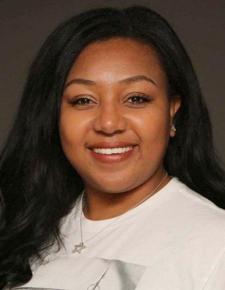 The task force, whose charge it is to figure out how to fund essential city services, should represent the people who live in St. Paul. Almost half the members of the task force are from the very institutions that are not paying property taxes; most of the remainder are local business leaders. There is no doubt that these individuals have unique and valuable perspectives to offer, but let’s consider who is not on the task force. Public school teachers who have classes of 35 students are not represented on the committee. Neither are parents, whose kids may not have a nurse in their school because our district cannot afford it. Nor do our students, who are facing cuts to art and music programs, have a voice in this process. In fact, the opportunity for people who work in or are served by our public schools to have any input on the taskforce’s decisions seems to be rather limited. 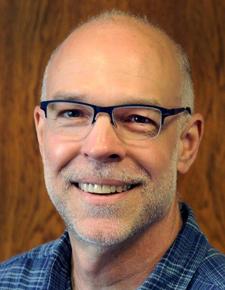 The organizations we believe should be paying their fair share are not neighborhood churches or soup kitchens. Private colleges and hospitals in St. Paul are very wealthy. Macalester College is sitting on an endowment of $750 million, while the University of St. Thomas has $120 million invested in hedge funds. In practice, there is little difference between these nonprofits, with their vast assets and lavishly paid executives, and the large corporations whose executives make up their boards of directors. For instance, in 2015 the CEO of Health Partners, which operates Regions Hospital, received $2.2 million in compensation. The CEO of Allina Health, which operates United Hospital, received $1.8 million in compensation, while its former CEO received $3.3 million that same year. They can afford to pay for the city services their institutions use.

St. Paul’s infrastructure needs investment, and we believe that our public schools are part of the DNA that makes our city great. With additional resources, we can make sure our schools provide the education that St. Paul kids deserve. SPPS could expand restorative practices to more schools, disrupting the school to prison pipeline; reduce class sizes; and continue to invest in proven efforts to build relationships between families and educators, such as Parent Teacher Home Visits.

We expect our large nonprofits to care about our city and their neighbors. This is a chance for them to prove they are invested in St. Paul’s future.

Nick Faber is president of the Saint Paul Federation of Teachers, and Kirinda Anderson is a parent of students at Wellstone Elementary School in St. Paul.