As I grew up in the Twin Cities, I considered the Boundary Waters my own special place. The wilderness has a way of doing that. But nobody ever told me I quite literally owned the pristine lakes, rivers and forests that make up the Boundary Waters Canoe Area Wilderness (BWCA). As American citizens, we all do – and so do our children and grandchildren.

The Boundary Waters is part of a federal system of public lands totaling 640 million acres across the country. Originally championed by Teddy Roosevelt, this system represents one of the most enduring American traditions and a core part of our heritage: the idea that our most treasured places belong not only to current citizens, but to all future generations as well.

This may come as a surprise to many Minnesotans, since public lands make up just a tiny sliver of the state – 6.8 percent – and most of that we know simply as “the BWCA.” But as part owners and beneficiaries of this pristine wilderness, we all have a stake in its future.

That’s why I was proud to stand up last Tuesday to express my opposition to allowing sulfide-ore copper mining within the fragile watershed of the Boundary Waters. I made my comments at a listening session in St. Paul held by federal land managers who are conducting a comprehensive study that will determine whether sulfide-ore mining, one of the world’s most toxic industries, should take place immediately adjacent to the Boundary Waters – outside of Minnesota’s established mining district, where even a drop of pollution would flow directly into the pristine waters of our iconic wilderness.

Unfortunately, those who disagree with me didn’t show up. In the days leading up to the hearing, pro-mining advocates called the hearing a “charade” because it allowed people other than those who live in Northeastern Minnesota to have a voice in the process. They boycotted the hearing and denigrated those in the Twin Cities and elsewhere who care strongly about the Boundary Waters as “anti-mining.”

Sadly, this attitude represents a fundamental misunderstanding of public lands and a severe distortion of general views on mining among many people who support protecting the Boundary Waters. It only serves to divide our great state by sowing distrust and anger.

There’s no doubt that taconite mining, like the Boundary Waters, represents an important part of Minnesota’s heritage. A changing economy has left many families on the Iron Range hurting, and I feel deeply for those having trouble seeing a bright future for their children because mining jobs have been lost. We should respect the need to continue the mining tradition – as long as it occurs in places that do not immediately threaten the Boundary Waters. Because we know that many others depend on a healthy wilderness in order to envision a bright future for their children.

It’s also critical that local voices be heard, above all others – because what happens to the Boundary Waters most directly affects communities in Northeastern Minnesota. That’s why nearly all of the federal listening sessions to date have taken place in the region. And the truth is, a significant majority of voters in Minnesota’s 8th congressional district support the current federal study, which takes a thoughtful, comprehensive look at all factors – including scientific evidence, economic considerations, ecological characteristics and recreation value.

But it’s not a charade to collect the input of Americans in the Twin Cities and across the country when a precious, publicly owned wilderness is at stake. I moved back home to Minnesota last year to start my own business after a decade working in business, politics and government in no small part because of the Boundary Waters. It’s the crown jewel of our state. It drives a diverse and growing economy in the Arrowhead and beyond. It provides unparalleled recreation opportunities for thousands of visitors every year from around the world. 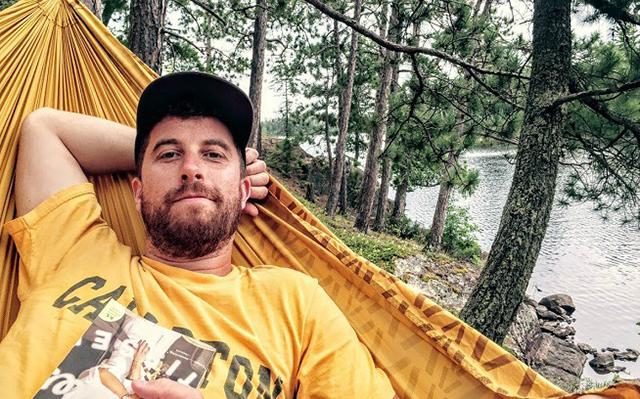 Courtesy of the author
Author Adam Fetcher in the BWCA

And it’s one of the best public landscapes in the country – a place we all own that must be protected so that our future generations can enjoy the crystal clear waters and dense forests of the Boundary Waters just as we do. This isn’t a political issue. It’s about drawing a sensible line at the watershed and keeping our solemn promise to pass down this wild place to our children and grandchildren.

There are many places to mine, but there is only one Boundary Waters. As American citizens and public landowners, we should all feel proud to stand up on its behalf.

Adam Fetcher is an independent consultant based in Minneapolis. He was director of global PR & communications at Patagonia until 2016, and formerly served President Barack Obama in several key roles, including deputy national press secretary for the president’s 2012 re-election campaign and press secretary for the U.S. Department of the Interior.

The Boundary Waters belongs to all of us