I was bothered by the assertion of a published commentary piece this week (“Government’s role: It’s primarily about the needs of people, not business”) that blasts business as “unavoidably selfish. … It concerns itself only with its own welfare.” Continuing, “… in a world in which business takes no responsibility for people as people.” This piece led with a caption quote that “Government’s job is to help people.” The author is confusing charity with government, compassion with obligation, and liberty with fascism. 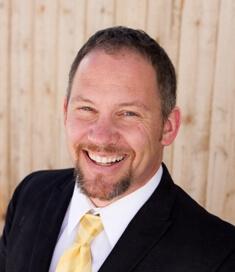 Read Thomas Paine. “Some have so confounded society with government, as to leave little or no distinction between them; whereas they are not only different, but have different origins. Society is produced by our wants, and government by our wickedness; the former promotes our happiness positively by uniting our affections, the latter negatively by restraining our vices. The one encourages intercourse, the other creates distinctions. The first is a patron, the last a punisher.”

The Supreme Court has ruled multiple times that the word “person” in the 14th Amendment extends to a person’s corporation. (recently 2010 Citizens United v. FEC; 2014 Burwell v. Hobby Lobby). To say people’s businesses have no interest in “the common good, society at large, and transcendent morality beyond their own mission and bottom line” is a falsehood and an insult. Businesses are people and are made of people who care about and tend to all of those things.

Businesses take care of society. They employ people, giving them resources to purchase food and shelter. They educate people with jobs programs. They make society efficient and convenient with technological innovations. They create products and services that we need, desire, and voluntarily consume. They create wealth for investors, including the average worker’s 401(k) account. They support and fund charity.

Government has been an obstacle to people and people’s business supporting charity and society. Whether it was President Barack Obama’s proposed reduction in charitable deductions from 39 percent to 28 percent in 2015, or Trump’s somewhat similar and current effort to cap charitable deductions, the best option to strengthen private foundations and public nonprofits to benefit society would be for government to stop weakening the incentives to do so.

If we use the people’s government to force restrictions and limitations upon the people and their businesses and their choices (unless they infringe upon or directly harm individuals) then we risk turning the common good into coerced collectivism, which is the definition of fascism (see Merriam Webster), flying in the face of the liberty our government should be defending.

Chris Holbrook, of St. Paul, is the chair of the Libertarian Party of Minnesota.

Government’s role: to protect the minority from the majority