Residents of the Great Lakes area should submit comments on the State of Minnesota’s Draft Environmental Impact Statement (DEIS) for the proposed Line 3 oil pipeline before the ​public comment period ends on July 10. But be warned, the DEIS is not designed to inform a rational, science-based policy decision; it is designed to approve the pipeline without getting sued. We are witnessing a performance of good governance, not the real thing.

Given the history, this is not surprising. Let’s not forget that grassroots environmental groups dragged the State of Minnesota to this EIS kicking and screaming. The Minnesota Public Utilities Commission (PUC) rubber-stamped the Sandpiper pipeline in June 2015 without doing an EIS, and when that permit was revoked by the Minnesota Court of Appeals in September 2015, Enbridge and the attorney general appealed the decision to the Minnesota Supreme Court, where it was upheld. Let’s also not forget that in the face of common sense and a crystal clear docket of testimony in May 2016 outlining why the study should be conducted by the state’s environmental agencies, the state insisted on putting it in the hands of the Department of Commerce instead.

Now the public is asked to comment on a Draft EIS that is missing critical information. Despite the DOC’s vehement objections, Enbridge is so far successfully fighting to withhold spill volume estimates from the public, for “security” reasons. There is no analysis of the economic need for the pipeline. There is no plan for addressing the contamination they will inevitably find when they shut down the existing Line 3. Indeed, only 16 of the 5,000+ pages are devoted to the issue of pipeline abandonment — just enough to acknowledge all the liabilities we pass on to our grandchildren if we let Enbridge walk away from its mess. Frankly, this is a public policy crisis for Minnesota, as Enbridge has three more ancient lines waiting to be abandoned and rebuilt in a new corridor.

The most astonishing magic trick in the DEIS, however, is the choice of alternatives to which it compares the proposed pipeline. The DEIS considers seven project alternatives, but each one is defined in a way that makes it utterly unreasonable. The “rail alternative” would require the construction of a new rail terminal at the Canadian border, where 10 trains a day would transfer product from a new but partial Line 3, to the pipeline terminal in Superior.

This is ridiculous — Enbridge would never do that. The “truck alternative” is similar but even more absurd (4,000 trucks a day), as are the two hybrid alternatives. The “use of other pipelines” option is simply not considered, based on the unsubstantiated claim that other pipelines “have been (or would be) evaluated in other jurisdictions (4.2.4).” One different pipeline proposal is considered that would go to Joliet, Illinois, instead of Superior, but very little analysis is offered except the repeated point that at double the length, it would have double the impact and carry double the risk. And the “no-build” option is defined incorrectly as “continued use of existing Line 3,” despite a recent U.S. Department of Justice Consent Decree ordering Enbridge to shut it down. Clearly the DOC wants everyone to simply throw up our hands and say, “Oh, well, I guess Enbridge’s plan is the only option!”

The underlying assumption is that if Enbridge says it can sell X amount of additional Canadian oil, it is our responsibility to figure out a way for it to do that, and assume all the risk. The entire process prioritizes the corporation’s “right” to make profit, and ignores the real questions of public need and purpose. There is a glut of oil supply everywhere, global demand is declining, and so is Minnesota’s. 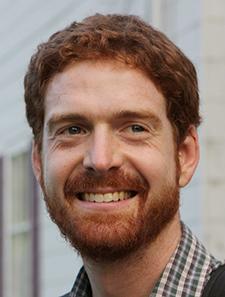 This oil is meant for export. Plus, prices have been too low for profitable tar sands extraction for years, and major oil companies are withdrawing their investments. The tar sands industry is a house of cards propped up by billions in taxpayer subsidies, and unfathomable debts that may never be repaid. Meanwhile, renewables are skyrocketing, and electric car infrastructure will dominate world markets in a matter of years. Any rational discussion of energy policy would consider these factors, but you won’t find a single one mentioned in the DEIS.

​Impacts to Natives and the environment

Also missing is a discussion of Enbridge’s track record in complying with regulation, despite state law requiring that consideration before issuing the permit (Administrative Rules Part 7853.0130 (D)). Many of the environmental impacts and plans for mitigation are copied and pasted directly from Enbridge’s permit application without any evidence of compliance. And since Minnesota agencies don’t have the jurisdiction or capacity to monitor construction, the DEIS proposes that the fox watch the henhouse: Enbridge inspectors will have stop-work authority, and “third-party monitors” that relay information to the agencies will not (2.7.1.1).

The DEIS also fails to discuss the profound ecological, cultural, and sexual violence taking place at the point of extraction in the Alberta tar sands. Tunnel vision like that relies on the myth, easily refuted, that new infrastructure has nothing to do with new extraction. This oil comes from somewhere, and if Minnesota approves this pipeline, it will also approve the poisoning and murder of the Dene and Cree communities in the Athabascan River Basin.

Despite all these blatant omissions, the DEIS nevertheless contains all the data necessary to deny the permit. The international standard of obtaining the Free, Prior, and Informed Consent of impacted tribal communities, as outlined in the U.N. Declaration on the Rights of Indigenous People, has not been met. Spills would violate treaties with the Ojibwe tribes that protect critical resources and the right to hunt, fish, and gather on ceded territories.

The meager chapter on environmental justice concludes that “disproportionate and adverse impacts would occur to American Indian populations” (11.5) and acknowledges that those impacts “would be an additional health stressor on tribal communities that already face overwhelming health disparities and inequities,” documented in the Minnesota Department of Health’s 2014 study as “part of a larger pattern of structural racism” (11.4.3). And the project would create zero permanent jobs, but contribute significantly to climate change.

This is a political process, not just a regulatory one. Any child can see the right thing to do: deny the permit for a new Line 3 and require Enbridge to clean up the old one. But the false assumptions, glaring omissions, and twisted framing of alternatives in the DEIS show that the state’s morality and common sense are still blinded by the temptation of temporary construction jobs and tax revenue. It is our job to demand better.

Thane Maxwell is an organizer with Honor the Earth, a Native-led environmental organization based on the White Earth Reservation in Northern Minnesota and directed by writer, activist, and economist Winona LaDuke. He holds a master’s degree in regional planning from Cornell University.