Conversational Russian speech draws upon a trove of folksy proverbs to make a point or simply add a bit of color commentary when conversation nods. Long ago, in my first Russian language class, a talented teacher required us to memorize Russian proverbs. They added some levity to the drudgery of Russian grammar lessons day after day and allowed us to fake at a better command of the language than we actually possessed. 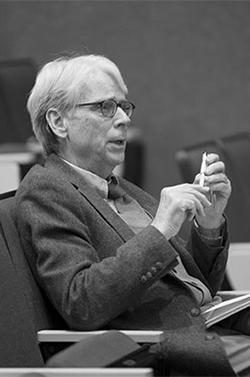 I forgot all of the proverbs except one. Over the past few weeks, as I have followed the news from the Trump-Putin Show at the G20 Summit to the fiasco of “I love it!” Donald Trump Jr., this proverb flashed back to my memory. Like an old TV advertising jingle, the Russian adage keeps ringing in my head. It goes, “If you invite a pig to the table, he is sure to put his feet on it.”

I would not be the first to suggest that Trump’s behavior is beyond embarrassment. Revisit the Christopher Steele dossier and especially its description of Trump’s alleged 2013 night at the Moscow Ritz-Carlton Hotel. For more recent examples, check out his remarks to Irish journalist Caitriona Perry of RTE News. She was covering his telephone conversation from the White House to Leo Varadkar, the prime minister of Ireland. Trump gave the journalist a leering smile and motioned for her to come to his desk in the Oval Office. Speaking on the phone with the Irish prime minister and simultaneously eying Perry, Trump said, “She has a nice smile on her face … so I know she treats you well.” On Trump’s Bastille Day visit to Paris, he was not in France very long but he did manage to embarrass the French first lady, Brigitte Macron. “You’re in such good shape,” Trump blurted. “Beautiful.” The video shows her awkwardly and hesitantly taking Trump’s offered hand. A few days later, Julie Bishop, the foreign minister of Australia, commented on the American president’s inappropriate remark and added, “I wonder if she (Madame Macron) could say the same of him.”

“I love it!” Donald Jr. has now made it to the cover of TIME. Google Trump Jr.’s key liaison to Russia, Rob Goldstone. Be sure to check the “images” link. “I love it!” Donald Jr. trusted this Fleet Street huckster to set up the now infamous meeting with several Russians at Trump Tower. Goldstone dangled the promise of “kompromat,” or personal dirt, on Hillary Clinton to lure Donald Jr.; his brother-in-law, Jared Kushner; and Trump’s campaign manager, Paul Manafort to a meeting with a sorry cast of characters from the B-team of Russian insiders.

Manafort came into the story with some highly suspect baggage. He had received $17 million as a political consultant to the erstwhile Ukrainian president, Viktor Yanukovych, who was Russian President Vladimir Putin’s man in Kiev. The 2014 anti-government protesters toppled Yanukovych’s government, came close to killing him, and sent him fleeing to Russia. His four years in office had displayed a level of corruption that would make a Russian oligarch blush. Investigations have revealed that he paid $2 billion in bribes to election officials. Was this part of Manafort’s advice?

Another participant in the meeting, Soviet-born and emigrant to the U.S. Ike Kaveladze, allegedly laundered approximately $1.4 billion on behalf of Russian “friends.”  He had set up more than 2,000 bank accounts and 200 checking accounts for his Russian clients.

Did Putin deliberately choose a pack of clowns for this mission? Perhaps. Other attempts to compromise members of the Trump organization may have convinced Putin that there was no need to risk valuable “assets” in the temptation of Trump’s men. Moreover, the exposure of such subprime assets would lend credibility to the Kremlin’s predictable denials of any connection to these novices. They tarnish the FSB (the successor to the KGB) brand.

And so, the Russian story goes. The Kremlin denies any involvement and characterizes the story as ludicrous. Keep in mind that the story can be both ludicrous and true. Special Counsel Robert Mueller’s investigation widens its reach and aims closer and closer to Trump and his men. New leaks from inside the White House, drip by drip, come out every day.  Morning after morning, Trump tweets his innocence and anger in vain.

Things have gone well for Putin this year.  He realized his strategic goals in Syria. A stalemate in Ukraine amounts to a victory for Putin. As I write, Trump is now tweeting accusations against the Ukrainian government in Kiev and claiming it interfered in the 2016 election on behalf of Hilary Clinton. Was this another one of Manafort’s ideas? Trump is still fighting the 2016 election. Putin is consolidating his victories from the G20 Summit to the Crimea and building his base for a landslide victory in the 2018 Russian presidential election. Putin is signaling to his base that at last the Kremlin has tamed an American president.

One side show from the media hype of the G20 Summit expressed Putin’s mood. A week before the G20 Summit, an Italian crop artist had used his tractor to create a portrait of Putin in an agricultural field. A Russian television newscaster, Dmitry Kiselyov, declared that the 452-by-328 foot image was visible from space. “The portrait even reflects the president’s light-blue eyes,” he added.  As you look at the photo, you can almost see a smile on Putin’s face.

Trump’s attention has now turned to examining his power to issue pardons to his family, his inner circle, and himself. His staff is hiring lawyers, “Character is destiny,” Heraclitus wrote.  We know where this story is going. “If you invite a …”

Nick Hayes is a professor of history who holds the University Chair in Critical Thinking at Saint John’s University in Collegeville.

On Trump’s behavior, Putin — and why a Russian adage keeps ringing in my head