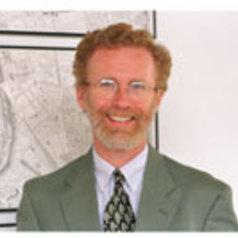 The Trump administration has called for a major investment in infrastructure. That includes systems that handle our rainfall and melted snow, such as stormwater management systems, water filtration plants and roadway curbs and gutters.

Offering an alluring alternative to this traditional “gray infrastructure,” green infrastructure handles rainfall runoff through vegetated buffer strips around surface water, forested habitat corridors and regenerated wetlands, among other options. But how do we pay for it?

Our research team has explored one way that communities can cut costs and promote better infrastructure: Let property owners buy and sell credits based on their stormwater runoff. We have also used this approach to encourage a partnership between urban and rural communities. By funding the latter to take some land out of farm/agriculture production, we can protect valuable surface water and animal habitat. 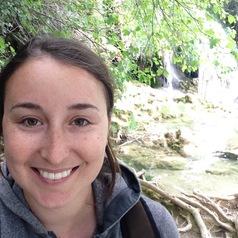 Our work has tried to solve two problems that have rarely been thought of as related: the growing amount of impervious surfaces in urban and suburban areas, and the growing pressure to protect freshwater in rural areas.

The U.S. has 4,360 square miles of surface parking lots. These lots generate a great deal of runoff that stresses the stormwater systems of cities and cause considerable water pollution.

Communities sometimes require property owners to handle some of that runoff on site, in wetlands or retention ponds. But cities – especially those with a lot of low-density commercial development – can find it difficult to cover the cost of extensive stormwater sewer systems.

And yet, especially in fully built-out cities, there may not be enough land for green infrastructure to handle all of the surface runoff from commercial properties. But rural areas have that kind of land in abundance.

Linking the rural supply of land and the urban demand for it can help protect valuable freshwater resources without depending upon government funding. It creates a regional marketplace that can transfer funds from more affluent urban communities to less affluent rural ones.

This opportunity is particularly pertinent to any community with agricultural land near urban or suburban areas with a lot of impervious surfaces, such as parking lots or large flat roofs. That characterizes more than 90 percent of the 19,492 cities in the U.S.

Like selling carbon credits, rural property owners could sell stormwater retention credits to urban landowners to offset stormwater impacts downstream. The sale of those credits would relieve commercial landowners in cities and suburbs from having to handle all of their stormwater on site. At the same time, it would pay farmers to take land out of agricultural production and convert portions of it back to green infrastructure.

In 2013, the Department of Energy and Environment in Washington, D.C., launched the Stormwater Retention Credit Trading Program. This program, the first of its kind in the country, aimed to offset the costly expansion and maintenance of gray stormwater infrastructure. The program encourages new developments to surpass their stormwater retention requirements. That allows them to sell Stormwater Retention Credits (SRC) to older developments that cannot retain all of their stormwater on site.

The District of Columbia charges property owners an annual fee, based on the gallons of stormwater runoff from a property. Owners must mitigate at least half of their runoff on site, if technically feasible. They can account for the other half by either paying a fee per gallon per year or purchasing credits from another site. One credit corresponds to the retention of one gallon of stormwater for one year.

The program has been under way for a relatively short period of time. But it has already generated SRC swaps within the district, helping a less affluent community, Anacostia, reduce polluted runoff into the Anacostia River and generate funds for two community organizations. Other case studies documenting the impact of the program are underway.

We think that this type of program offers a viable way to stimulate green infrastructure in communities large and small across the U.S. To test that assumption, let’s look at how stormwater retention credits might work in a typical small town – in this case, Stillwater, Minnesota.

Like many American communities, Stillwater has a relatively small urban core oriented toward a river. It has commercial development along major highways and a ring of sprawling low-density suburban development surrounded by agricultural land. The greatest amount of Stillwater’s impervious surfaces are in commercial areas, the downtown district, industrial zones and road and highway right-of-ways.

Minnesota’s legislature has had heated debates over a bill, signed into law in 2015 and twice amended since then, that requires the installation of landscape buffer strips around major bodies of water. This law has pitted environmentalists against farmers. Environmentalists want to protect water quality in the state, while farmers argue that the law puts an undue burden on them by taking land out of production with no compensation.

Both sides have a point. In the D.C. program, we saw an opportunity both to protect water quality and to compensate farmers and other property owners for installing buffer strips.

For purposes of this study, we focused just on a commercial area at the edge of town, with several large “big-box” stores facing a highway. In Stillwater, that commercial area covers 237 acres, 64 percent of which is impervious. That translates to approximately 5 million gallons of stormwater runoff during a 1.1-inch stormwater event. Such an event has a 90 percent likelihood of occurring in any given year in a state like Minnesota.

By charging just $0.50 per gallon per year – far less than what D.C. charges – Stillwater could generate approximately $1.2 million or the equivalent in SRC credits. With the value of one acre of farmland set to 500 SRCs or $100/acre/year, this creates a positive cash flow to farmers whose land in production generates, on average, just $79/acre/year.

In Stillwater, where the watershed has 99 lakes and 24 miles of streams, this translates to 4,706 acres of potential land for green infrastructure. Implementing 100-foot buffer zones around these water bodies leaves 2,441 acres of land available for conversion to green infrastructure in other portions of the landscape, such as along rural roads, in order to handle runoff from farm fields.

Green infrastructure offers an economically viable, politically equitable and environmentally responsible way of dealing with our nation’s landscape. A stormwater retention credit trading program represents a cost-effective solution to dealing with America’s aging infrastructure. It protects local watersheds, lowers costs for urban and suburban property owners, and increases payments to farmers, while protecting our waterways and providing habitat corridors for other species. That’s a win-win-win for everyone involved.

If widely adopted, such a program could transform the way in which we think of infrastructure and make our nation’s infrastructure investment go much farther by utilizing the marketplace to expand its impact and reach.

A credit trading program can also work in areas beyond that of stormwater, such as renewable energy, where rural areas have an ample supply of solar and wind access, and urban areas have a growing demand for green energy. Market mechanisms, in other words, may be one of the most effective ways to address some of the economic inequities, political divisions and infrastructure needs that have plagued the U.S.

Thomas Fisher is a professor of architecture, director of the Metropolitan Design Center, and Dayton Hudson Chair in Urban Design at the University of Minnesota. Madeline Goldkamp is a graduate student of landscape architecture at the U of M.

This article was originally published on The Conversation.