President Donald Trump has vowed to repeal the Johnson Amendment, a tax law signed in 1954 that prohibits tax-exempt organizations – including religious and charitable organizations – from endorsing or opposing specific candidates and engaging in partisan activities. 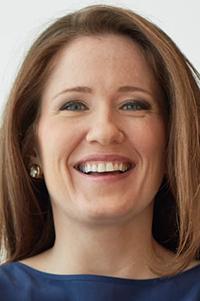 In May, President Trump signed an executive order that asks the IRS to be lenient in its enforcement of the Johnson Amendment with religious organizations. Currently, buried in a 250-page appropriations bill is a provision that the IRS be required to jump significant hurdles before investigating religious organizations that explicitly endorse or oppose candidates and engage in partisan activities. Tax-exempt nonprofits without a faith affiliation, on the other hand, would be subject to the amendment as they have been for over 60 years.

Repealing or even weakening the Johnson Amendment is a mistake. Tax-exempt organizations – chiefly 501(c)(3) nonprofit organizations – are already able to conduct public education on policy issues and engage in public policy advocacy, and indeed they do. These efforts are quite distinct from the endorsement of and opposition to specific political candidates, not to mention raising money for them.

This is not a conversation about giving back the voice of the people, as the president has argued. Right now, any organization can endorse or oppose candidates for office with just one caveat: Give up your tax-exempt status.

The repeal or weakening of this amendment would threaten civil society as we know it. It would mean that individuals could give tax-deductible contributions to 501(c)(3) organizations based on their stated support or opposition of candidates or political parties, rather than for the services provided in the community. Faith leaders in churches, mosques, synagogues, and temples would be pressured to use their voices during every election cycle. Community organizations would become extensions of campaigns, while enjoying tax advantages unavailable to other organizations.

Additionally, contributions would not be subject to campaign finance limits that apply to contributions directly to candidates or political action committees. Since 501(c)(3) organizations are not obliged to report the names of their donors, there would be no transparency about who is influencing the activities of the organization that has a preferential tax status. Forget about “following the money,” because no one will tell you where it came from.

And, depending on which party is in power at a given time, repealing or weakening the amendment creates the potential for extra scrutiny by officials based on the stated ideology of the organization. I’ve seen this in my work with civil society organizations around the world; it’s not democratic, and it’s not pretty.

Campaign financing mechanism, with no rules

In a nutshell, repealing the amendment would mean de facto campaign finance through religious and charitable organizations, but with none of the rules. This would be a disaster for our society. We in the U.S. can’t afford more cynicism, more division, and more manipulation by powerful interests.

The current appropriations bill that includes this provision accounts for roughly one-third of the federal budget. They assume that people will not notice this detail.

Now is the time to call your U.S. senators and representatives to ask them to protect the Johnson Amendment. Tell them not to dilute the laws that keep tax-exempt organizations – including religious organizations – from focusing on their most important work in our communities.

Kristi Rendahl, D.P.A., will be, beginning Aug. 14, an assistant professor and director of the Nonprofit Leadership Program at Minnesota State University, Mankato.

Why Congress shouldn’t repeal or weaken the Johnson Amendment