My day job is working for Microsoft as a technical account manager. My responsibilities include making sure that companies who use our products and services are getting value from them. If something with our software breaks, it falls on me and a team of technical engineers to help resolve the issue. Going through a major issue is never fun. It creates undue stress, and many times is preventable through a change in process or education. In some instances, the data clearly show that the root cause of an issue is a bug in our software that needs to be fixed. We fix it because it’s the right thing to do for our customers. 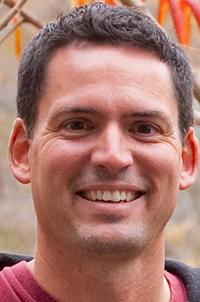 Today there’s a bug in the market that members of Congress need to fix. They need to fix it because it’s the right thing to do. What’s that bug? Taxpayers are subsidizing the very thing that we turn around and socialize the costs of. Let me “double click” into that and explain.

Climate change does not cause extreme weather, but exaggerates naturally occurring events. West Coast wildfires are so intense that firefighters call them mega fires, not forest fires. The smoke from these mega fires reach Minnesota and put the health at risk of almost 500,000 Minnesotans with asthma. Flash droughts are currently impacting Montana and North Dakota. The impacts have decimated the wheat harvest that farmers depend on for a living.

The number of hurricanes does not rise because of climate change, but a hurricane’s strength is amplified by warmer oceans, a warmer atmosphere and sea level rise. The combination leads to a more intense storm, larger storm surge and more rain to dump on us. These events decimate entire communities like Houston, the U.S. Virgin Islands, parts of Florida and Puerto Rico while taxpayers foot the repair bill. That bill is billions of dollars, and it adds to our growing deficit and debt.

Houston was just starting to recover from Hurricane Harvey when Hurricane Irma made land fall in Florida. The repair bill, according to Houston’s mayor, could be upwards of $180 billion and the state of Florida has preliminarily outlined more than $273 million in Hurricane Irma costs for federal reimbursement. The Federal Emergency Management Agency (FEMA) is burning through $1 billion dollars per week helping victims of Hurricane’s Harvey and Irma along with the wildfires burning in the west.

Subsidizing the very thing that we turn around and socialize the costs of is the very definition of fiscal lunacy.

Supported by conservatives and liberals

Fixing the bug will speed the transition from our dirty energy past and into a clean energy future. It will clean up our air and water. It will keep America competitive with all other countries that are rapidly moving to a clean energy economy — like China and India. Most important, with almost 3 million jobs it will create over $1 trillion of economic growth, and the American worker will benefit.

Abraham Lincoln said, “You cannot escape the responsibility of tomorrow by evading it today.” In human civilization our climate has never changed this fast. My heart breaks for those impacted by hurricane’s Harvey, Irma and Maria, especially the poor and vulnerable. My blood boils knowing there is a bug in the market and Congress has the power to fix it.

It’s time we let our elected officials know that we want bipartisan solutions, like Carbon Fee and Dividend. Solutions like this allow each of us — through our individual choices, not mandates — to contribute to creating a world that is better for all of us and our children.

The question is, are you willing to let Congress know you want those bipartisan solutions? If so, start here.

Tim Reckmeyer lives in Scott County with his wife and two daughters. He is the leader of the Scott County chapter of Citizens’ Climate Lobby (CCL). You can reach him at scottcounty@citizensclimatelobby.org.