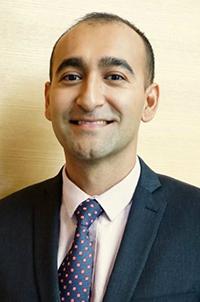 Sept. 15 to Oct. 15 marks Hispanic Heritage Month. In this month, we celebrate and recognize the generations of contributions by Latino Americans to our nation and our state. Along with celebration, the history of Latinos in Minnesota should also be told. It is a story of perseverance that embodies the spirit of Minnesota. Knowing this story will reveal that the future success of Minnesota will depend on Latinos and other immigrant communities.

Guided by values of hard work, faith in family, and self-sufficiency, the rich history of Latino Minnesotans dates back to the 1800s. However, it was not until the advent of the sugar beet industry when large numbers of Latinos arrived in Minnesota. By the 1930s, Minnesota’s Latino population had grown to 7,000. At the time, most lived in the Twin Cities and worked in meatpacking plants or on the railroad line. All persevered to improve the lives of their families and their new Minnesota communities.

By the 1990s, generations of Latinos had already called Minnesota home. It was also during this decade and the 2000s when Latinos in Minnesota tripled from 53,000 to the over 270,000 that we have today.

What caused this threefold increase? The answer is a combination of free trade agreements, economic crises, and political violence. With agreements like NAFTA and CAFTA, previously protected small farms were lost to privatization. This loss, later combined with economic uncertainty and increased political violence created a new reality for many Latin Americans. When jobs that had existed for generations no longer existed, families had few choices beyond finding a new home. The human spirit does not see borders when forced to search for a better life.

Today, Minnesota is fortunate that Latinos and other immigrants are choosing to come here. Minnesota is getting older. The state is already feeling the workforce squeeze associated with an aging population. Look no further than the agriculture and manufacturing sectors. On the other hand, immigrant communities and particularly Latinos are not only young, they also bring promise and potential to Minnesota. Forty percent of Latino Minnesotans are under the age of 18.

In cities from Minneapolis to Worthington, Latino communities are revitalizing Minnesota. Whether it is by owning small businesses on Main Street or working in local industries, Latinos are bringing much-needed human capital to Minnesota.

Minnesota’s economic future is tied to its demographics. Any policy that promotes limiting immigration or increasing deportation is blind to facts and reality. Whether it is from other states or other countries, the only thing that will replace Minnesota’s aging baby boomers is a necessary increase in immigration. Without this, there is no debate; Minnesota will simply fall behind.

This is why we must immediately address the disparity rates and achievement gaps that plague our great state. Minnesota faces a serious loss of economic potential if our workforce of tomorrow must live through the educational, health, financial, and social inequities of today. This is why the Minnesota Council on Latino Affairs works at the state Capitol to ensure Latino and immigrant voices are at the policymaking table. In 2017, MCLA made important advancements in increasing teachers of color in our schools, combating wage theft, strengthening medical interpreter standards, and advocating for drivers licenses for all immigrants.

The Latino story has always been one of hard-fought victories. Take time during Hispanic Heritage Month to better understand your neighbors and reflect on the similarities and differences that make us stronger as a whole. We must only look back at our Minnesota histories and realize that many of us share a common past and we are all working toward a better future for this generation and the generations to come.

Henry Jiménez is the executive director of the Minnesota Council on Latino Affairs (MCLA).