Colin Kaepernick made a decision before the 2016 NFL season that he was not going to stand during the singing of the national anthem at the introduction of each game. At first, this was a solitary protest that was reported to be against police brutality. However, Kaepernick explained at the end of the 2016 preseason that his protest was about more than that: 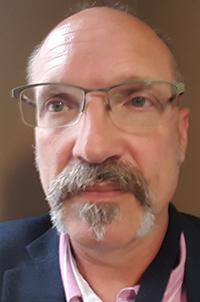 Ultimately it’s to bring awareness and make people realize what’s really going on in this country. There are a lot of things that are going on that are unjust, people aren’t being held accountable for, and that’s something that needs to change. That’s something that this country stands for — freedom, liberty and justice for all. And it’s not happening for all right now.

All this happened before Donald Trump was elected president. By the end of the season, many athletes in the NFL, and throughout the nation, joined Kaepernick in his protest by sitting or kneeling during the playing of “The Star-Spangled Banner.”

As of last week, the NFL owners remained united in their efforts to keep Colin Kaepernick off of any NFL roster despite an obvious need on many teams for a quarterback of his caliber. However, this was not enough for Trump. On Friday night, Trump referred to Kaepernick as a “son of a bitch” at a rally for an Alabama Republican Senate candidate, saying, “Wouldn’t you love to see one of these NFL owners, when somebody disrespects our flag, to say, ‘Get that son of a bitch off the field right now, out, he’s fired. He’s fired.’ ”

It seems too obvious to point out that Trump’s referral to Kaepernick as a “son of a bitch,” for his quiet protest of a persistent American injustice, was much harsher than his “many sides” condemnation of the violent racists marching through the streets of Charlottesville earlier this summer. Now the world wonders if the “Make America Great, Again” slogan harkens all the way back to the days before Jackie Robinson to the Negro Leagues, when the “sons of a bitches” were not on the field with white players.

More kneel as Trump doubles down

On Sunday, Trump received his comeuppance from the NFL players who appeared united in condemnation of his ignorant statements, even as Trump doubled down on his remarks and called for fans to boycott the NFL. In addition, Trump praised fans who booed NFL players and appears to believe NFL fans will stand united with him against the NFL and other professional athletes who dare stand against him.

In Timothy Snyder’s “On Tyranny: Twenty Lessons from the Twentieth Century,” he tutors American citizens to stand out because someone has to:

It is easy to follow along. It can feel strange to do or say something different. But without that unease, there is not freedom. Remember Rosa Parks. The moment you set an example, the spell of the status quo is broken and others will follow.

Colin Kaepernick stood out last year, and it had to feel strange for him when his protest was his alone. This year NFL athletes have joined him in this freedom of expression even as it has evolved from a protest against American injustices to a more specific protest against one man after the events of this past weekend. And so I ask you, sports fans, has the time come for us to make a choice between our favorite pastimes and the man we refer to as our president, Donald Trump?

Since Trump was elected by a minority of Americans, more and more people have started to realize what is really going on this country, and the recent events in Alabama and Charlottesville are only a couple of examples. As Trump’s approval ratings have fallen, more and more American citizens grow increasingly wary over this unhinged man’s access to the nuclear codes and his threat of total destruction of an entire nation, which would  have a reverberating effect around the globe.

The question we must ask ourselves now is, “What can we do?” Many express a hope that members of the GOP-led Congress will eventually come to their senses and begin impeachment proceedings. Others have expressed a hope that Trump will just quit and go home. Many of us are gearing up for the elections of 2018 and 2020. Moreover, a great many have begun a solitary practice of daily prayer for the preservation of our democracy and the many citizens of the world.

But, isn’t there more for Americans to do than watch his poll numbers go down for the remainder of his four-year term, while hoping he doesn’t lead us toward catastrophe and even further away from the ideals and morals that truly do unite us under our shared appreciation for our democratic past?

What better way is there for America to express its disgust with the 45th president than to remain seated and bow our heads in prayer for every rendition of the national anthem that occurs while this man remains in office.

Colin Kaepernick stood out and broke the status quo. Stand out at your local high school football games, NFL games, the MLB playoff games, the WNBA championship series and the NBA openers for the 2017-18 season. We need a few strong fans to break the status quo and eventually, the rest of America will follow.

Andy Bahn is a lifelong Minnesota resident and sports fan.

Maybe it’s time we all took a knee