Minnesotans know how vital their cybersecurity is. Surely Minnesotans know they can do a lot to protect their data, how to avoid phishing scams, and to take measures to watch if someone opens a fraudulent account in their name. Most Minnesotans may not realize it, but state government also plays an important role when it comes to protecting their private information. Each and every day our state’s computer systems come under attack — an astonishing 3 million times a day — by hackers intent on stealing Minnesotans’ data and compromising state computers. This year, Republicans in the legislature dropped the ball and stopped taking that threat seriously. In a repeat of 2016, they completely ignored funding vital upgrades to our cybersecurity and IT infrastructure. 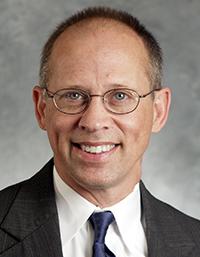 When a business, local government, individual or group interacts with state government, there’s often sensitive information involved. Those include things such as names, addresses, Social Security numbers, credit card numbers, and bank account numbers. While the state does a lot to make sure sensitive information isn’t retained if it doesn’t need to be, it has an important duty to make sure what it retains is protected.

This isn’t just a hypothetical either. In South Carolina it took just one email for hackers to access 3.8 million Social Security numbers. Our own Maj. Gen. Richard C. Nash of the Minnesota National Guard testified that what kept him up at night was “a future devastating cyber incident” that targeted not just data, but our critical infrastructure such as “our power grid, transportation, health systems” and other vital infrastructure.

Some systems are outdated

To be frank, some of the state’s computer systems and security measures are outdated. There are dedicated public servants working around the clock to keep data safe and the vital functions of government running, but they need tools that meet the threat today’s hackers pose. That’s why Gov. Mark Dayton requested $27 million, which is 0.0001% of the state budget, to bring our state’s computers and IT infrastructure up to date.

Instead of funding that request, with a $1.65 billion surplus, the priority for legislative Republicans was not Minnesotans’ data or personal information, it was more than a billion dollars in giveaways to insurance companies and tax breaks for the rich, well-connected, and big tobacco. What’s worse is they even removed provisions stopping Verizon, AT&T, Comcast and others from selling your private data to the highest bidder. Consider that fact for a moment. Not only is the security of your data not a priority for legislative Republicans, allowing giant telecommunications companies to sell your browsing history is the priority. That’s simply mindboggling to the average Minnesotan.

Minnesotans value the important role government plays in many areas, such as education and keeping our waters clean and air breathable. We also don’t think much about it, but we expect government to do the basic things it’s supposed to do, such as keep our sensitive information safe and protect our privacy. Abandoning those values isn’t what the people who voted for us wanted us to do; it’s what the corporate special interests wanted. We must demand that the people of Minnesota are put first, that we uphold our values, and not allow politicians to sell us out for the big businesses that donate to their campaigns.

Rep. Sheldon Johnson, DFL-St. Paul, is the DFL lead on the State Government Finance Committee and the former chair or member of committees overseeing telecommunications and data practices.