In a widely circulated video from this weekend, LeBron James stated, “We all know what happened in Charlottesville and the divide that caused. Now it’s hitting home for me because [Trump] is using sports as a platform to divide us.” A similar sentiment was expressed two weeks ago by Margana Wood, the Miss America contestant from Texas who said that the violence in Charlottesville was “the number one issue right now,” and should have been condemned by the president much earlier. 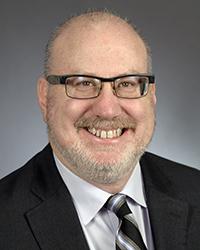 The tragic events in Charlottesville continue to reverberate through the country. President Trump’s reaction to Charlottesville, and now his description of professional athletes who protest for racial justice as “sons of bitches,” should erase any doubts that the president himself has played a large role in unleashing latent strains of bigotry and racism in America.

After Charlottesville, I thought of my late parents, both Holocaust survivors, and wondered whether they would have ever expected to see these events unfold in 21st-century America. Particularly, a large rally of torch bearing neo-Nazis chanting, “Jews will not replace us!” as they marched past a synagogue and threatened to burn it down. Violent threats directed at a Jewish house of worship are frightening enough, but how might my parents have reacted knowing that this and other incidents of hate mongering were not unequivocally condemned by a sitting American president?

I turned to two nonagenarians, members of America’s greatest generation, to gauge their reactions to Charlottesville in order to better understand how my mother and father might have viewed recent events. My first call was to Dr. Anna Ornstein, 90, a Hungarian-born survivor of Auschwitz, and close family friend. Her late husband, Paul, was my father’s best friend growing up in the small, dusty Hungarian town of Hajdúnánás near the Ukrainian border. Paul, Anna and my parents immigrated to Ohio together after World War II.

Ornstein is a child psychiatrist and has written extensively about her Holocaust experience. She often shares her story to school-age students. Anna told me that in these times her message to young people is focused on the importance of safeguarding democracy. “I tell the students: Every one of you is responsible for democracy, your vote matters, and you must exercise that privilege.”

It is the fraying of American democracy that is of special concern to Ornstein. She sees Charlottesville as “awakening latently present” tendencies toward racism, anti-Semitism and xenophobia in America, and that the country is, as Ornstein sees it, “sliding down a slippery slope where free speech and basic freedoms could be at risk.”

She never anticipated having to worry about the health of American democracy.

‘There was a resemblance’

I also dialed up a former legislative colleague, Minnesota State Rep. Bernie Lieder, at his home in Crookston, Minnesota. Lieder, 94, is best known in Minnesota politics for cobbling together an unlikely urban-rural coalition to pass a major transportation infrastructure funding bill in 2008 after the collapse of the I-35W bridge. During World War II, Lieder served in the 102nd Army Infantry Division and fought in the Battle of the Bulge. He was also in a forward unit that liberated several forced labor camps, including the infamous Gardelagen camp, where the Nazis herded prisoners into a barn and burned them alive ahead of the Allied advance. Lieder was among the first people to come upon the still smoldering corpses.

What struck Lieder most about Charlottesville were the sheer number of Nazi sympathizers on hand and the symbols they carried. “In the past there have been reports of incidents with Nazi-oriented groups, but I never thought it would get to this level,” he said. Lieder was particularly disturbed by the televised images of the American Nazis and Klansmen. “There was a resemblance, the marching in columns, the torches and the uniforms.”

Lieder, with his 26 years of legislative experience, knows politics and elections well. He was quick to point out that “part of Trump’s base is made up of these people.”

They’ve seen the worst, and are worried

Ornstein and Lieder have both have seen the worst in humanity and have made part of their life’s mission to tell their story. Because they’ve witnessed such horror, they’re better able to cherish the promise of America and value its democratic traditions and freedoms. But if they are worried about what they are seeing in the country today, that’s all the more cause for all of us to worry too.

To honor their lives, and the lives of those lost in World War II, and to honor the young people who are trying to shine a light on injustice today, we all must work to ensure that the politics of hate and violence is eliminated from our national dialogue. The life of our democracy hangs in the balance.

Frank Hornstein, of Minneapolis, is a member of the Minnesota House of Representatives and a fellow at the Sabo Center for Democracy and Citizenship at Augsburg University.