One of my favorite bumper stickers reads: “UNIONS: THE FOLKS WHO BROUGHT YOU THE WEEK-END.” What I like about it is that it captures so well both the history of unions’ contributions to workers’ rights in the U.S., and a fundamental value of unionism: solidarity. So basically, when unions win we all win. 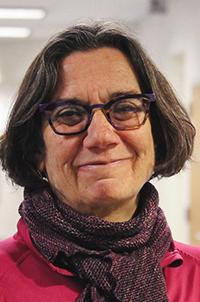 While unions most directly benefit their own members, they inevitably benefit all workers, starting with the wage rates that unions win for their members. On average, the pay of unionized workers is approximately 30 percent higher than the pay of workers in the same jobs who do not have a union contract. This means that unions set a floor under wages: If employers want to attract the best workers, they have to compete with the wages paid in union shops. Same goes for benefits: When unions successfully negotiate for benefits like vacation and sick pay, they raise the standards for all workers’ benefits. So when corporations and their elected allies go after unions, they are not only going after organizations that protect their own members, they are going after organizations that encourage all workers to demand higher wages and better benefit packages, whether or not they are in unions.

Anti-union campaigns also take aim at the political power of unions, who have worked through the legislative process to achieve better conditions for all workers. As a result, cities, states, and, eventually, in the 1930s, the U.S. Congress passed laws that banned child labor, set wage minimums and hour maximums, provided for those to ill or aged to work, and protected workers’ health and safety on the job. Not only do unions bring you the weekend, but they bring you Social Security and OSHA as well.

Protections beyond the union

The labor movement brings you these protections — i.e. the social safety net — regardless of whether you are in a union. Committed to the idea that “an injury to one is an injury to all,” union members have also fought for civil rights, marching in Birmingham and Selma and Washington, D.C., to challenge the racism of Jim Crow. And union activists, who had been pushing for gender equity in the workplace and in the paycheck since the 1950s, were well represented in the resurgent feminist movements of the 1970s.

This solidarity work continues to this day. Here in Minneapolis, the Minnesota Nurses’ Association, the United Food and Commercial Workers’ Union, and the Service Employees International Union and other unions were among the strongest allies of the low-wage workers who led the fight that, this past June 30, succeeded in making Minneapolis the first Midwestern city to pass a $15 minimum wage, for all workers, whether unionized or not.

No wonder the wealthy and their political lackeys hate unions and go after them with such vigor. Ever since workers won the right to organize unions in 1935, corporations have worked to chip away at those rights, and politicians in their pocket have done their best to override and ignore union rights. And these anti-union, anti-worker campaigns have infected the court system as well: Why else would the Citizens United decision have granted corporations personhood, while countless decisions have limited the prerogatives of unions, with more such cases in the works.

Not an unblemished history

Of course, the history of unions in the U.S. is also a checkered one when it comes to issues of inclusion and social justice. Unions were in the forefront of lobbying for Asian exclusion laws in the 19th century, and have accepted and even reinforced racist, sexist, and homophobic labor practices. A number of unions actively agitated for the completion of the Dakota Access Pipeline and supported violent repression of opponents, even as large numbers of union members came to Standing Rock to stand in solidarity with the Water Protectors.

Nevertheless, the truth remains that unions, for all their weaknesses and regressive elements, have played a key role in raising the standard of living for working people in the United States, and their influence remains, despite the declining numbers of their ranks. So, this long Labor Day weekend, as many of us enjoy one last bit of summer recreation, let us also remember those who brought us this break from the demands of the workplace. And when Republicans in Congress and the White House, in state legislatures and governors’ mansions, ramp up their assaults on union rights and the social safety net, let us stand together in solidarity to resist those assaults, and continue to fight for dignity and respect for all working people.

Colette A. Hyman teaches U.S. history at Winona State University. She has been an active member of the Inter-Faculty Organization, the union that represents faculty at Minnesota’s seven state universities, since 1990.

Working for workers: About the folks who brought us the weekend