Exchanging military fatigues for the civilian’s suit and tie, Secretary of Defense James Mattis was recently seen in an online video speaking to cheering American troops. After thanking them for their service, he offered a brief analysis of the two fundamental sources of American power: the “power of intimidation” and the “power of inspiration.” By Mattis’ account, the power to intimidate remains. However, the power to inspire, he goes on, is severely lagging in this era of American political lows. 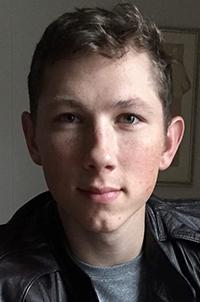 Despite being a military man, and perhaps inclined toward the elevated importance of hard power, Mattis’ recognition of “the power of inspiration,” elsewhere known as “soft power,” is ultimately of immense consequence in achieving U.S. foreign policy objectives in the 21st century.

The phrase, originally coined by international relations theorist Joseph Nye, “is the ability to get what you want through attraction rather than coercion or payments.” Contrary to forms of hard power — Mattis’ power of intimidation — soft power functions most strongly where others want the same things you want. If power is most simply defined as the ability to obtain the outcomes one wants, this power of attraction matters a great deal in today’s interdependent world.

But how exactly does soft power work?

Often it is the result of overlapping interests. Most commonly, this has taken the form of international public goods that benefit the many. In the postwar world, for example, the United States has had a broad interest in keeping international markets and trade open to the participation of all. In participant countries, this openness has led to cheaper goods, sustained economic growth, and highly improved standards of living.

Other times, soft power takes the form of shared political values. The spread of liberal institutions, particularly in central and eastern Europe, has brought once autocratic, sclerotic, and all-too-often politically backward states into the club of modern democracies. Recent European Union expansion, though it has had its critics, is indicative of this trend — and largely seen as a net success. Behind the leadership of the United States, this postwar liberal order has, despite its failures and time-to-time inconsistencies, resulted in a positive-sum game.

But today, as noted by Mattis, the turmoil associated with domestic political discord, as well as a disengagement with the international community on key issues, puts U.S. soft power severely at risk.

Domestically, the president’s DACA debacle, as well as his failure to unequivocally denounce the violence instigated and perpetrated by neo-Nazis and white supremacists in Charlottesville, have left much of the world reeling. In the instance of Charlottesville, where President Donald Trump resorted to proclaiming that there was “blame on both sides,” it took a foreign leader, German Chancellor Angela Merkel, to rightfully condemn the events as “horrifying,” “racist,” and “evil.” Though Global Trumpism (to use Mark Blyth’s aptly entitled phrase) seems to be sweeping the Western world, basic liberal democratic values remain a fundamental linchpin of global order. Trump’s antics, glaringly hypocritical to professed American values, repel foreign actors and damage our image abroad — ultimately undermining our soft power.

Additionally, blunders over the support of NATO, withdrawal from the Paris Climate Accord, and bellicose threats of meeting the North Korean challenge with “fire and fury like the world has never seen” further weaken our international standing. Paris has been, more than anything, an acknowledgment of the grave threat climate change poses to human society. Though the accord doesn’t contain binding agreements upon signatory states, the concerted will of the international community to hold strong to Paris leaves the United States isolated from international political consensus on perhaps the most sensitive issue of our time.

Recent polling data from the Pew Research Center suggests these occurrences are having a serious toll on our power of attraction. Whereas only 25 to 30 percent of Europeans polled during Barack Obama’s administration felt the U.S. was “on the decline,” recent surveys taken during the Trump administration show this number has spiked to 52 percent. Fewer countries than ever before view the United States as the world’s leading economic power (many replacing it with China). Nearly 75 percent of the world has given Trump a vote of no confidence in his ability “to do the right thing regarding world affairs.” This is in stark contradistinction to Obama’s time in office, where at any given moment the world population believed he would “do the right thing regarding world affairs” over 75 percent of the time.

These trends and numbers, however, only confirm what many of us had already feared — President Trump’s unwillingness or inability to protect and advance fundamental U.S. interests due to the political necessity of maintaining his base at home.

And although Mattis and Nye are both optimistic of the United States’ ability to retain or recover many of her soft power resources in the future, such assurances in an age of pressing political challenges and revisionist international powers are surely no guarantee.

Rather, it is much more likely this cascade begun by the Trump administration, indicative of the deeper and systemic pathologies of American political institutions, will persist far beyond a single presidency. As the ancient Greek historian, Thucydides, once warned, the delusional self-aggrandizement and egoism of a declining power accelerates its demise. Cleon-like, Trump is accelerating ours, ushering in the tragic and untimely decline of American soft power.

Alexander M. Betley studied philosophy, politics, and economics at St. Olaf College. In addition to his formal academic pursuits, he has blogged and published opinions in the Star Tribune. He currently lives in southeastern France, where he teaches English and sees the international effects of the Trump administration firsthand.

The decline of American soft power — will it persist after Trump?