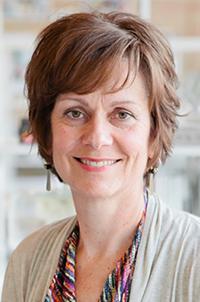 Fact: One in three U.S. women has been or will be a victim of domestic violence in her lifetime.

Fact: a current or former spouse or significant other assaulted 1½ percent of Minnesotans in 2016, making intimate partner violence the second most common form of person offense victimization in Minnesota. Of those who reported having suffered domestic violence, 97 percent said it happened more than once.

This month, the nation once again observes Domestic Violence Awareness Month as a way to mourn those who have died, celebrate those who have survived, and build connections among those who work to end violence.

For those of us who have never experienced domestic violence, it can be easy to slip into assumptions. It is tempting to assume that the people who fall victim to this form of violence are different from you — that they’re poorer or sicker, or their skin color is different, or they’ve made more questionable choices than you have. This “othering” is something we humans do to create distance and help ourselves feel safer. But those who have been working in this field for a long time know that in this work there is no such thing as an “other.” Domestic violence crosses all lines of class, education, race, national origin, age, gender, and sexual orientation. The people who seek refuge at Women’s Advocates and other domestic violence shelters could just as easily be – and perhaps are – our daughters, sisters, mothers, aunts and neighbors. 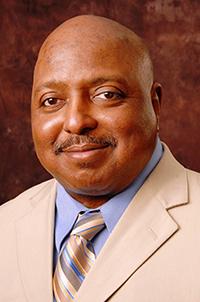 We write this as two people who are passionate about advocating for domestic violence victims and doing what we can to help break the cycle of violence. One of us is a newcomer to the movement, the other an old hand. As the newcomer has begun to immerse herself in the work, she’s seeing how far we’ve come and at the same time, how much work remains to be done. The old hand brings the perspective of having been at this for a long time, readily giving credit to the many advocates all around the world who have worked together to build this movement. While acknowledging the pervasiveness of domestic violence, he’s also quick to move the discussion toward healing.

The two of us had a chance to talk recently about our work and what it means to us. Here are some excerpts:

Oliver Williams:  Some of the most enlightening work I’ve done with others over the years focuses on the process of healing from domestic violence. We’ve found that for most survivors, there are five stages to the healing journey. Survivors rarely pass through these stages in linear fashion. But having a sense of the process most survivors go through can be helpful and normalizing, both for survivors and for those of us who seek to support them. The stages look something like this:

A community built on healing

Estelle Brouwer: At Women’s Advocates, we offer shelter to domestic violence victims and their children. But beyond a safe and warm place to sleep, nutritious and comforting food, and kind and caring staff, we offer something else – support for the journey to wholeness and a new chapter. We walk with victims as they begin to traverse the steps toward healing, from that moment of realizing life can be different all the way to finally letting go and having some peace.

As I’ve begun to immerse myself in this work, it has struck me that many, if not most, of us have healing to do, even if we haven’t experienced domestic violence. This is not to minimize, in any way, the trauma of domestic violence and it’s often, devastating consequences. It is instead to say that in this as in so many areas of life, there’s more that connects us to our fellow humans than separates us. I’m fortunate to have never been victimized in an intimate relationship. But for the last several years, since my husband’s death, I’ve been on a healing journey of my own. My journey has led me to places inside my soul I’d never imagined going. It has taught me that while healing happens in fits and starts, it’s only possible in the presence of other travelers.

When I read statistics like those we cited at the beginning of this piece, I am deeply saddened. I find myself wondering if the violence and controlling behavior will ever end. And sometimes, when I look into the eyes of a woman who is sheltering with us at Women’s Advocates, I see my sadness reflected there. But at other times, I see something else. If she’s a mom, I see love for her children and pride in their accomplishments. Sometimes I see hope. Sometimes I see something sparkly – excitement, anticipation, even joy. And there’s something more, which it has taken me a while to identify – recognition. Recognition of a fellow traveler on the path to wholeness and a new chapter. I see someone very much like me.

Estelle Brouwer, MPP, is the executive director of Women’s Advocates, the first shelter in the nation dedicated to women and children escaping domestic violence. Oliver Williams, Ph.D., has worked in the field of domestic violence for more than 35 years and is a professor at the University of Minnesota.

By Estelle Brouwer and Oliver Williams