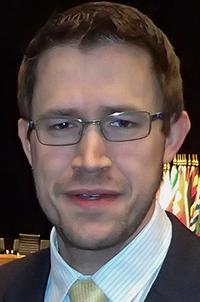 In 2011, several teen-age boys spray-painted anti-government slogans on a school, part of the region-wide protests of the Arab Spring, when ordinary people began demanding reforms from autocratic leaders. The Syrian government arrested and incarcerated the boys. In response, there were massive – yet peaceful – public protests. But as the protests grew larger, the regime’s military responded with brutality and the peaceful protests transitioned into the conflict of today.

However, the roots and the continuation of the conflict may be more than just an extension of the Arab Spring political tensions. In recent decades, Syria has experienced several droughts, each of which usually lasted for one or two growing seasons. Starting in 2006, Syria experienced a prolonged and devastating drought that continued into the beginning of the conflict in 2011. One consequence of this six-year drought was that about 1.5 million Syrian farmers and herders left their agricultural lifestyles. They didn’t have enough water to sustain themselves and their families. They fled into cities in the hopes of finding greater access to food and water. The result was societal unrest and violence in the cities as the demand for food and water became increasingly critical and increasingly competitive.

Additionally, since the onset of the Syrian conflict, various conflict parties have used water as a weapon. Groups such as the Islamic State (ISIS) and opposition factions have targeted pumping stations and water treatment facilities to exploit the vulnerabilities of their enemies. The civilian population has been devastated by these tactics, as their water supplies have been reduced, cut off altogether, or contaminated.

The Syrian conflict can be viewed, in part, as a product of climate change. The six years of drought created perilous shortages of food and water. It has also created a situation in a country with a government unable or unwilling to respond appropriately to the catastrophe. The subsequent exploitation and manipulation of already-scarce resources by conflict actors led to even more disastrous consequences.

The war in Syria has expanded to become a global problem: the world’s worst refugee crisis since World War II. It has also triggered increasing threats to state security from groups like the Islamic State, which exploits a nation’s internal discord and turmoil.

Looking beyond Syria, we see the challenges caused by climate change in many places: rising sea levels in Bangladesh, drought in Somalia, and flooding in Pakistan. It is a tragedy when we view these events as a “problem over there,” effectively disregarding their significance. As individuals and entire groups are displaced by these environmental disasters, the risk of conflict increases around the world.

It is even more tragic, however, and one of our greatest threats, when climate change is viewed as a hoax or when the underlying scientific evidence is argued as fake. Climate change is a reality, it is a global phenomenon, and the consequences are knocking at our door: witness Hurricanes Harvey and Irma. While there certainly are stark differences between Texas and Syria, each new environmental catastrophe brings the risk of social unrest and conflict closer to our door.

Knocking at our door: climate change and conflict