Thoughts at the beginning of voting season in Minneapolis: 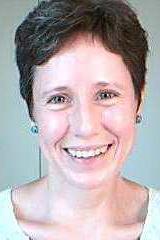 I have been living in the U.S. since 1985, but became a citizen only in 2014 and voted in my first U.S. election a few weeks later. To decide whom to vote for, I read a few local newspapers and checked candidates’ websites. Back then, it wouldn’t have crossed my mind to actually talk to the candidates. It would have seemed so presumptuous! These were important people who gave speeches and were written about in newspapers. Who was I, a mere ordinary person, to take up their time? What would I even ask them? And being Facebook friends with them? LOL!

I don’t think I had heard of meet-and-greets or house parties, I wasn’t aware of candidate forums, I had been off Facebook for a while, I didn’t know anyone who worked on political campaigns, and I had only a vague idea of how my life was affected by local officials’ decisions. I might have seen the terms “City Council,” or “Park Board,” but I didn’t know what they did. I would have guessed that the Park Board had something to do with trees, plants and park benches, and the City Council with spending local taxes. I had been reading about politics since I was a teenager, but I hadn’t paid any attention to local politics or newspapers until 2014, since I couldn’t participate in elections. I knew all about what was going on in Congress and in the White House in D.C., but had no idea what was going on in my own neighborhood, my own city because, after almost three decades of being officially labeled an “alien,” I didn’t think of them as “my” neighborhood or “my” city. And no candidates or elected officials had ever reached out to me.

In 2016, when I had started to feel like I finally belonged to the country I had lived in for 31 years, I held my nose really tightly and voted for Hillary, the lesser of two evils.

Boy, what a difference an all-Republican regime can make! In this year’s city elections, I have actually talked to all the candidates I am voting for, I have volunteered for or donated to most of them, voted for all of them at the precinct caucus and the DFL ward and city conventions, and got to know some of their campaign staff and volunteers. I saw how hard they worked to raise money and earn votes. I am back on Facebook with a vengeance and am actually aware of the local political events that are going on, which are never mentioned in local newspapers ahead of time, if at all.

I read a lot of local newspapers now. I saw how the candidates responded to questions in forums and problems during their campaign, whose endorsements they sought and got. I saw how they treated their campaign personnel. I went to a meet-and-greet on a rainy day in my ward with a mayoral candidate when nobody else showed up and the poor guy got stuck with me for 45 minutes. I even phone banked and door knocked for a City Council candidate before I realized how much I truly hated both activities, how hopelessly awful I was at both, and how easy it was to be attacked by dogs while door knocking. Never, ever again! I learned about police-community relations from a mayoral candidate, about the City Council and housing issues from a City Council candidate, and what the Park Board can do for kids and racial disparities from Park Board candidates. I noticed which of the candidates friended me on Facebook. I got a sense of what they cared about from their Facebook posts and whether they showed up at various marches and rallies.

The candidates I am voting for seem more like three-dimensional human beings now than the politicians I used to read about in the papers. I still don’t know nearly as much about them as I would about national candidates because true investigative journalism is rare in the local media, but from what I have seen they seem like good, well-informed people. In the forums, I think my candidates were more thoughtful than the others and had done their homework. They genuinely care about racial and economic inequities. They understand that they have a responsibility to represent all their constituents, not just a subset. Thanks to MSP Votes, I’m pretty sure that none of them is in the pockets of big donors.

I’ve gotten frustrated with them and their campaigns at times, but I would never again talk about all politicians disparagingly as a class. The people I am voting for are all politicians. They also all seem determined to be good public servants. I don’t feel like I’m voting for the lesser of two evils with any of them. I feel like I’m voting for decent people who will inevitably make some mistakes because they are human but who will do the best they can for their constituents.

And I was lucky because in each race, there’s a candidate that I think highly of. So it mattered who was recruited and encouraged to run, who was brave and self-confident enough to run. These candidates are doing public service simply by running and getting people engaged in the process. Newspapers are all about the horse race. They rarely talk about the ripple effects of who decides to run and how they conduct their campaigns. But these things matter.

If Trump hadn’t happened and if I were still living a life of relative ignorance about local politics, I might still have voted for the same candidates. The difference is that I now have a lot more empathy with them, a better understanding of what they are supposed to do and some of the challenges they will be facing if elected, and a much more personal and stronger sense of connection to them. I’ll feel more invested in what they do in office and how they vote. Will they remain true to their values or will they be corrupted by power? I’ll feel good if they vote their values, disappointed if they don’t, and I’ll try harder to understand what they choose to do in office. I got involved in all this because I was mad and terrified after the 2016 election and flailing around to do something, anything, not because I particularly cared about what the mayor, Park Board or City Council did. But now I do. And I realize now that getting people involved in a sustained way in the political process is not in the interest of candidates or officials who do not want scrutiny, who do not want to be held accountable to voters.

If you are not involved in the democratic process, whether you vote or not, or if you are not running when in fact you could be a great candidate, whether you win or not, ask yourself who is benefiting from your disengagement, and whether it fits with your values to let them get their way.

Canan Karatekin, Ph.D., is a faculty member at the University of Minnesota and a U.S. citizen.