2017 marks the 100th anniversary of the Balfour Declaration, the proclamation made by British Foreign Secretary Lord Balfour promising a national home for the Jews in Palestine, then part of the worldwide British Empire. In the words of Israeli historian Ilan Pappe, it was a move that “opened the door to endless conflict … and clashed precipitously with both the aspirations and natural rights of the Palestinians for nationhood and independence” (“The Ethnic Cleansing of Palestine,” Oxford, 2006, p. 13). 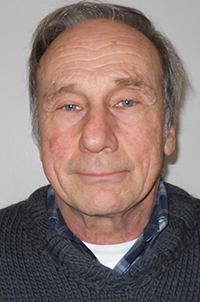 Lord Balfour’s decision served British domestic and imperial interests. Needless to say, non-Jewish Palestinian residents, “the vast native majority,” as Pappe noted, were not consulted. Though far removed in time, place and consciousness from present-day Americans, the Balfour Declaration was hardly an exceptional event in world history. United States history has its parallels in the Native American genocide and black chattel slavery.

Yet despite the depth and persistence of such kinds of violence — or perhaps because of it — they have often been buried, overlooked, swept under the rug, rationalized or explained away by mainstream society and establishment historians. In Israel Palestinian villages have been bulldozed, renamed or planted over with forests. Of late, in the United States, there is more verbal attention to Native and African-Americans, but police shootings of black men and the heavy-handed clearing out of the protesters at Standing Rock show that old attitudes are very near the surface.

Out of all these experiences comes resistance, with the result that these historical events and their consequences are still with us. Those not directly in the line of fire — literally — might take occasional refuge in what is usually termed identity politics. However, identity politics is not a solution to long-lasting, deep-seated structural injustice. Feeling positive about who you are does not right the wrongs of the past or eliminate the chance that you might again become a direct victim in certain circumstances. It might work for a middle-class American minority but it’s not an option for underclass political or economic victims or for Palestinians in Gaza or the Occupied Territories.

This Saturday, Oct. 21, there will be a daylong conference at the University of Minnesota entitled “Parallel Liberation Struggles: Lessons in Resistance” (Keller Hall, Room 3-210, 200 Union Street SE, Minneapolis). The focus will be to examine the themes of structural, direct and cultural violence and methods of resistance in the context of the Palestinian, African-American and Native American experience. Speakers and panelists are drawn from various communities as represented by the Adalah Justice Project, the American Indian Movement, American Friends Service Committee, the Black Panthers, Jewish Voice for Peace and Mondoweiss.

The conference is free and open to the public, though advanced registration is requested. Lunch will be provided. Details are available at mn.breakthebonds.org.

Robert Kosuth, Ph.D., is retired from the University of Wisconsin-Superior. He is the former director of the International Programs Office and Superior English as a Second Language Institute. Kosuth is active in various progressive organizations, most notably Minnesota Break the Bonds.

When identity politics is not enough: Liberation struggle comes to Minnesota