The Climate Generation: A Will Steger Legacy’s Window Into COP23 program has sent nine Minnesota delegates to the international climate negotiations in Bonn, Germany (COP23). This post by delegate Leigh Currie was originally published on the Window Into COP23 blog. 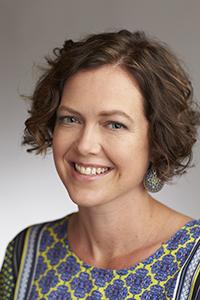 My second day at the U.N. Climate Change Conference (COP23) brought a good deal of reflection on what it means to be an American at a global climate change conference. It’s definitely an uncomfortable feeling.

As a clean energy and climate change attorney at the Minnesota Center for Environmental Advocacy, I’m used to occupying what I view as the high ground; I spend most of my days pushing utilities and regulators to do more to reduce carbon emissions from the electricity sector and accelerate the transition to a zero-carbon system. When people ask me what I do, I answer with pride.

I also feel a great deal of pride about being from Minnesota. We are a leading state when it comes to taking steps on climate change. We’ve had science-based greenhouse gas emission reduction goals in state law since 2007. We have a solar energy standard and a renewable energy standard (RES). Last year, our governor and state agencies proposed that the RES go from 25 percent by 2025 to 50 percent by 2030. Xcel Energy just announced that its system will be 85 percent carbon free by 2030.

Originally from Canada, I’m usually pretty proud to be an American (I chose to naturalize 16 years ago after all). But I am hard pressed to feel good as an American at COP23. My first official activity on morning two was to watch the U.S. People’s Delegation press conference. The “People’s Delegation” exists because the U.S. has not sent a real delegation to COP23. The press conference was great: It Takes Roots, SustainUS, Sunrise, Indigenous Environmental Network, Our Children’s Trust, 350, ICLEI, and our own Ellen Anderson from the Institute on the Environment and Climate Generation: A Will Steger Legacy (at far right in the photo above) spoke about how states, groups, and citizens are continuing to make progress toward Paris Agreement goals despite Trump and the federal government.

Yet it’s just embarrassing that we need to have a People’s Delegation in the first place.

When I walked into an official COP negotiating session where parties and groups were giving statements about the real thorny issues related to Paris Agreement implementation, something remarkable happened. Syria announced that it was joining the Paris Agreement. The announcement was not in English so I didn’t immediately realize what had happened, but my curiosity was aroused when the co-facilitator thanked Syria for the good news. And, my suspicion was confirmed moments later by other session observers who had translation headphones on. Until that moment, the U.S. and Syria were the only two countries that weren’t on board with the commitments made at COP21. Not that Syria was necessarily good company, but at least we weren’t completely alone.

Now the U.S. is on its own in refusing to commit to Nationally Defined Contributions (NDCs) for emission reductions. The opening song for this COP, “I’m an Island,” takes on a whole new meaning with this new U.S. position. As the only country not committed to developing NDCs to reduce emissions, it’s embarrassing.

I can’t really imagine what it was like in Paris when the U.S. was a major player at the table, but it definitely feels as if we’re on the outside looking in this time around. After the official COP negotiating session, I found my way from the Bula Zone (where the UNFCCC work is happening) to the Bonn Zone (where the Civil Society is headquartered) to check out the “pavilions.” The pavilions are areas for each party has a space to highlight aspects of its country related to climate.

The U.S. refused to pay for a space this year, so we’re absent.

It’s hard to know how to be American here. There’s no high ground to occupy because everyone at COP23 is fighting to make progress on climate change. I can try to offer reassurance that We Are Still In, but it’s hard when, in response to a statement that Trump doesn’t represent American views on climate change, I overhear a neighbor mutter: “Well, a majority of Americans voted for him.” I bite my tongue and refrain from offering an explanation of the Electoral College and instead vow to redouble my efforts when I return.

Discomfort, but some comfort because of others

Despite the discomfort at the position Trump has put us in, all of this reflection hasn’t led to total despair. I obviously wish we could go back to when the U.S. was at the table and we were negotiating over real things, like how to pay for loss and damage due to climate change rather than arguing about nonissues like whether climate change is real.

But watching the rest of the world move forward brings a comfort of its own. I am excited to attend more activities put on by the People’s Delegation to grow my understanding of just how many U.S. groups are paddling in the same direction. I am excited to check out the substitute pavilion financed by Michael Bloomberg to show that We Are Still In. And I’m hopeful that the Climate Generation delegation can demonstrate to at least a few people here that at least some Americans get it.

Leigh Currie is a senior staff attorney at the Minnesota Center for Environmental Advocacy and regularly appears at the Minnesota Public Utilities Commission to advocate for economic solutions to fight climate change. Leigh is part of Climate Generation’s Window into COP23 delegation and has served on Climate Generation’s board of directors since 2010, most recently as chair. You can follow her at climategen.org/cop23.