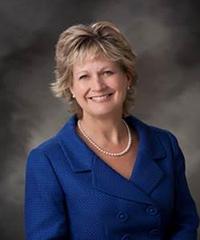 The state of Minnesota is arguably one of the most environmentally conscientious states in the country. This is in part due to our beautiful surroundings and plethora of fresh water, but is also because we are a people who see the value of the great outdoors and who have worked hard to protect it. We have put processes in place to ensure that we are able to move forward with the needs and demand from modern society while simultaneously protecting the natural surroundings that make this a great place to live.

One of these processes is a robust environmental review process for infrastructure projects, including those in the energy industry. The Minnesota Public Utility Commission’s (PUC) mission is to “protect and promote the public’s interest in safe, adequate and reliable utility services at fair, reasonable rates.” This Thursday, the state agency will be tasked with another important decision affecting our state’s energy future. The agency will determine whether to find the final environmental impact statement (EIS) for Enbridge’s Line 3 Replacement Project adequate.

This important decision follows more than four years of study and over 1,500 meetings with local stakeholders to compile a thorough and comprehensive EIS. The final document evaluates the effects the pipeline replacement project will have on the environment – both physical and in relationship to the people living in communities along the route.

Minnesotans have had ample opportunity to share their perspectives on this project during a public input process. Recently, the administrative law judge tasked with make a recommendation to the PUC on the adequacy of the final EIS said the study sufficiently addressed impacts the proposed pipeline could have, along with proposed alternatives. As the PUC gathers to consider whether to adopt the administrative law judge’s recommendation, we hope they will remember their mission. Because, at the end of the day, the thoughtful and thorough environmental review process has shown the Line 3 Replacement Project is in the best interest of the people in Minnesota. 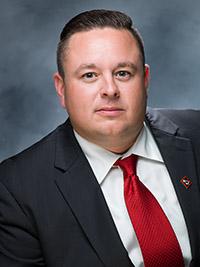 From an environmental perspective, the project is a maintenance project to replace aging infrastructure, just as our state needs to replace roads and bridges, and our cities need to replace and upgrade water and wastewater infrastructure. The current proposal is the most energy efficient option for this crucial energy source. Replacing the existing Line 3 with a new 36-inch pipe will result in fewer greenhouse gas emissions than either maintaining the existing line (currently shipping at reduced capacity of 390,000 barrels per day (bpd) and moving the balance of 370,000 bpd by rail) or replacing the existing line with like-for-like 34-inch pipe. It takes less energy to move the same liquid through a wider 36-inch pipeline than it does to move it through a 34-inch pipeline. These energy savings are enough to power about 14,700 homes in Minnesota annually.

And, make no mistake, the positive effects on the people of Minnesota will be tremendous. Minnesotans are in line to benefit from a project offering more than $2 billion in economic impact, to better meet our needs for affordable and reliable liquid fuels, and to enhance the safety of our environment for generations to come.

A recent University of Minnesota Duluth study estimates that Enbridge will spend $1.5 billion on the Line 3 Replacement Project, leading to a total economic impact of $2 billion in direct and spinoff spending, with much of the benefit accruing to communities and counties in Greater Minnesota along the energy corridor.

The same study found that the project will create 8,600 jobs over two years and will have a payroll of $334 million for the skilled workers employed during construction. These workers are rigorously trained to safely build and maintain this critical energy infrastructure and they take great pride in their work, including the environmental protection of their surroundings.

The long-term economic impacts of the project will include an additional $19.5 million annually in property taxes – this is above and beyond the more than $30 million Enbridge already pays each year in property taxes.

Built in the 1960s, Line 3 needs to be replaced in order to maintain the highest safety standards and reduce future maintenance needs that would disrupt local landowners and businesses. The replacement project as proposed is essential to minimize future risks to the environment while ensuring that Minnesota refineries have access to sufficient capacity. Minnesota does not operate on an energy island. Having affordable energy in Minnesota is critical to our residents and helps our businesses be more competitive.

Nancy Norr is director, regional development at Minnesota Power. Jason George is legislative and special projects director at the International Union of Operating Engineers Local 49. Both serve on the board of the nonprofit coalition Jobs for Minnesotans.