On Dec. 10, the Nobel Peace Prize was presented to the International Campaign to Abolish Nuclear Weapons (ICAN). Its ambitious goal is to rid the world of nuclear weapons, and it has played a critical role in moving toward that goal through the United Nations’ recent passage of the Treaty to Prohibit Nuclear Weapons. 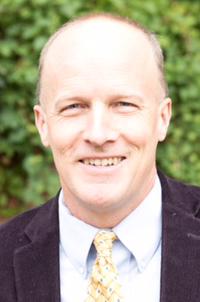 Under the leadership of Beatrice Fihn, age 35, the campaign speaks for a new generation of young leaders who do not see the need, wisdom, or morality of these weapons of mass destruction.

Fihn’s Nobel Lecture, which she delivered along with Hiroshima survivor Setsuko Thurlow, was a rousing call to rid the world of nuclear weapons, warning that we are “one tantrum away” from a potential nuclear strike. The nuclear story will end someday, she warned, with either the end of these weapons or the end of us.

Each year, the Nobel Peace Prize raises the eternal question about human progress, the prospects for peace, and our very fate on the planet. At a time when political and cultural shifts seem particularly jarring, it is appropriate to ask whether there is hope of escaping from the dreadful shadow of nuclear weapons, which has loomed over us all since 1945. Social, political, and economic systems seem very stable and timeless and immutable — until they aren’t. The Soviet Union was a superpower until, one day, it disappeared. Authoritarian governments in the Arab world seemed fixed in stone, until they collapsed in the Arab Spring. Gay marriage was socially unacceptable, until suddenly it was not.

Although ICAN’s goal of a nuclear-free world might seem quixotic, the past 30 years have shown us that reducing nuclear weapons is possible. Over the course of the last 70 years, we have seen a terrifying increase followed by a dramatic decrease in the number of nuclear weapons deployed around the globe, which reached the insane peak of over 64,000 such weapons in the late 1980s. We are now at slightly less than 10,000 weapons, which is still much too high, but less than one-sixth of the previous level.

The presence of some of the hibakusha, the Japanese survivors of the bombings of Hiroshima and Nagasaki, gave the Nobel ceremonies particular power. It is almost unimaginable to think of what they went through. They remind us that humans are capable of shortsightedness, violence, and unspeakable cruelty.

But they also help remind us that, if we work at it, we also sometimes can get it right. In spaces like the General Assembly Hall of the United Nations, and at the Peace Prize ceremony at City Hall in Oslo on Dec. 10 each year, we continue the work of building a better future, one built on kindness, patience, and hundreds of years of hard-fought wisdom.

ICAN has shown us that young people are tired of war and injustice, and are ready to do the hard work of slowly and patiently addressing the big challenges we face. I am confident that the vision embodied by Fihn and her colleagues at ICAN is the future, rather than the selfish, fearful, and violent behavior that is so often in the headlines.

As we begin another new year, we look forward to being part of those efforts in the months, years, and decades to come.

Joseph Underhill is the program director of the Nobel Peace Prize Forum/Minneapolis and a professor of political science at Augsburg University in Minneapolis.