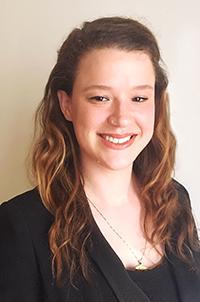 Among sexually active women of childbearing age, teens are the most likely to have an unintended pregnancy. So why are teenagers the least likely age group to use the most effective form of contraception?

Long Acting Reversible Contraception methods or “LARC” methods, which include intra-uterine devices and subdermal implants, have a failure rate of less than 1 percent, partially because they are user independent; once they are inserted by a health care provider they require little to no maintenance and are effective for three to 10 years, depending on the type. LARCs have also been professionally endorsed by the American Congress of Obstetricians and Gynecologists (ACOG) and the American Academy of Pediatrics (AAP). However, among Minnesota teens ages 15-19 who seek contraception, only about 8.8 percent receive LARCs.

It’s no surprise that teens have been shown to have more difficulty adhering to contraceptive methods that require daily compliance (like the pill) or that require use with each instance of intercourse (like condoms). So, you might be surprised to find out that condoms and oral contraceptives are the preferred methods for sexually active teens who use contraceptives. This is concerning given that within the first year of typical use, the pill has a 9 percent failure rate and condoms have an 18 percent failure rate.

As the public cost of Minnesota teen childbearing (in 2010) totaled $146 million, teenage underutilization of the most effective form of birth control is a serious problem. Unintended pregnancy is a fundamental public health problem, particularly for the adolescent population, in which approximately 75 percent of pregnancies are unintended. Despite the recent national and state declines in teen pregnancy, 2,386 teenage mothers gave birth in Minnesota in 2015, which equates to 13.7 births per 1,000 women. Teen pregnancy and childbearing bring substantial social and economic costs through immediate and prolonged impacts on teenage parents and their children.

There are several reasons Minnesota teens do not use LARCs at a higher rate. Teenagers encounter many barriers when seeking birth control, including challenges in obtaining sexual health services confidentially, given their often dependent insurance status. Navigating the complex health system can be difficult for teenagers. This challenge is exacerbated by misguided concerns held by many teenagers and providers regarding the suitability of LARCs for teens. Additionally, as the high cost of LARC implementation causes concern for many providers, economic forces contribute to the problem, too. LARCs remain expensive for providers to stock, and insurance reimbursement policies are often inadequate and inconsistent.

Finally, there is a lack of consistent provider training on LARC counseling and implementation, particularly for pediatricians. This lack of provider training is especially troubling, as more uniform training and understanding of LARC use and implementation could lay a foundation for professional action in eliminating the multitude of other barriers for teen LARC access. The recent endorsements of teen LARC use by the ACOG and the AAP in 2012 and 2014, respectively, coheres the best clinical practices of obstetrician-gynecologists and pediatricians, two of the specialties that provide LARCs to teenagers. With this recent professional consensus, now is the time to ensure that current and future medical providers are properly educated on LARCs.

The Delaware CAN example

A public/private partnership between the Minnesota Department of Health and a reproductive health-care-oriented nonprofit such as Upstream USA, as demonstrated by Delaware CAN (Contraceptive Access Now), is a potential solution that would help Minnesota increase provider training while controlling costs. Delaware CAN has successfully initiated LARC training for all publicly funded health centers and larger private medical providers in the state. The joint effort has attracted millions of dollars from philanthropic sources, which funds the program along with state money reallocated by Delaware’s public health department.

Increasing teen use of LARCs and lowering the unintended pregnancy rate will require a multifaceted approach that brings together the efforts of the state government, the community, and health providers. A state-driven provider training initiative has the potential to greatly improve the health outcomes of Minnesota teens. I urge Minnesota legislators to promote the creation of a statewide provider training initiative for LARCs.

Lila Baker works as a reproductive health care counselor and is a graduate student at the University of Minnesota School of Public Health.