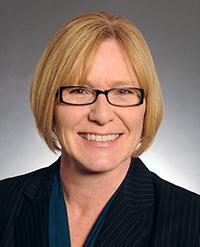 The selection of Tina Smith by Gov. Mark Dayton to replace Al Franken as U.S. senator is degenerating into a political fight that ultimately may require the Minnesota Supreme Court to decide whether state Sen. Michelle Fischbach gets to keep her seat in the Senate.

According to Article V, Section 5, of the Minnesota Constitution, “The last elected presiding officer of the Senate shall become lieutenant governor in case a vacancy occurs in that office.” That would make it Fischbach, a Republican, who would become lieutenant governor, creating a vacancy in her position and necessitating a special election for her Senate seat under Article IV, Section 4, of the state Constitution.

Except, does Fischbach have to vacate her Senate seat? Democrats argue yes, pointing to two clauses in the Minnesota Constitution. The first is Article III, Section 1, stating that:

The powers of government shall be divided into three distinct departments: legislative, executive and judicial. No person or persons belonging to or constituting one of these departments shall exercise any of the powers properly belonging to either of the others except in the instances expressly provided in this constitution.

The second is Article IV, Section 5, declaring that:

No senator or representative shall hold any other office under the authority of the United States or the state of Minnesota, except that of postmaster or of notary public. If elected or appointed to another office, a legislator may resign from the legislature by tendering his resignation to the governor.

Taking a plain language reading of the Minnesota Constitution, DFLers contend that Fischbach must assume the position of lieutenant governor and vacate her position as state senator. It seems open-and-shut, except Republicans say it is not. They contend first that the reason Dayton, a DFLer, picked Smith was to force a Republican vacancy in the Senate, hoping in a special election to flip the 34-33 GOP majority into DFL control.

Republicans are conjuring up images of DFL political chicanery in hopes of repeating the 1978 Minnesota Massacre sweep of the two U.S. Senate races, the governorship, and legislative races again in 2018. But Republicans also claim law is on their side, citing the Minnesota Supreme Court’s State ex rel. Marr v. Stearns, 72 Minn. 200 (1898). In that case the legal issue was a challenge to a decision by an Aitkin County auditor to tax three railroad-owned properties, pursuant to a state law. In challenging their taxation, one argument was that the state Senate did not adopt the legislation by the required majority vote as required by the state Constitution. Specifically, Honorable Frank A. Day, who voted for the bill, and whose vote was necessary to pass it, was not then a senator, and his vote thereon was void.

According to the court, Day was elected as a senator from the sixth senatorial district of this state for the term of four years, commencing in January 1895, and on Jan. 25, 1895, became president pro tempore of the Senate. Six days thereafter, Gov. Nelson resigned, and Lt. Gov. Clough became governor; and thereafter, and until the close of the 29th  session of the Senate, Day performed the duties of, and acted as, lieutenant governor. He also, until the close of the session, continued to act and vote as a senator, with the tacit approval, at least, of the Senate.

In rejecting the claim that he had left the Senate and became lieutenant governor the court rejected arguments that either Article III, Section 1, or Article IV, Section 5, forced Day out of the Senate. The court argued that in interpreting all of the state constitutional provisions as a whole, there was no explicit or clear language that said the senator must resign. Additionally, the court also noted how Article VIII, which discusses impeachment, excludes the lieutenant governor from being impeached as an officer, suggesting that this person remains a senator. Finally, the court noted that the impeachment clause specifically excluded the lieutenant governor from serving or voting when the governor is impeached. Providing for this specific exclusion is proof for the State ex rel. Marr v. Stearns that the Constitution, taken as a whole, means that the presiding officer of the Senate vacates that seat when becoming lieutenant governor.

Interesting, but not convincing

State ex rel. Marr v. Stearns is an interesting precedent, but is not convincing. First, the court’s real holding in the case was about taxation and not on the matter of whether the president pro tempore of the Senate loses his Senate seat when becoming lieutenant governor. The latter issue was collateral to the main issue. Second, in the 19th century Minnesota and other states’ court applied the “enrolled bill” doctrine, a presumption that the judiciary would not second-guess how the Legislature did its business or count its votes. That doctrine is mostly dead now. Third, the decision in State ex rel. Marr v. Stearns was overturned by the U.S. Supreme Court in Stearns v. State of Minnesota, 179 U.S. 223 (1900). While the U.S. Supreme Court cannot overturn the Minnesota Supreme Court’s own interpretation of our Constitution, the former’s decision clearly erodes the authority of State ex rel. Marr v. Stearns as precedent.

But the strongest reason State ex rel. Marr v. Stearns is not good law is that the Minnesota Constitution has been significantly amended since that decision.

Thus, the current constitutional basis for the court’s decision in State ex rel. Marr v. Stearns is questionable on many fronts. If the GOP were to bring its case to the Minnesota Supreme Court there are many reasons to doubt the validity of this old decision.

Finally, given that a majority of the Minnesota Supreme Court now consists of Dayton appointees, and given how they ruled in the line-item veto case, the prospects of the Republicans winning and allowing Fischbach to stay in the Senate are bleak.

David Schultz is a Hamline University professor of political science. His latest book is “Presidential Swing States: Why Only Ten Matter.”  He blogs at Schultz’s Take.