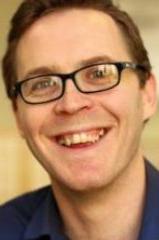 Thanks to wind and solar power additions, Minnesota’s electricity has become much cleaner since the passage of the Next Generation Energy Act. Greenhouse gas emissions from electricity generation have fallen steadily across the U.S. since 2007, but in Minnesota, emissions rates have fallen even faster, dropping 29 percent from 2007 to 2016. This advantage will likely increase moving forward, thanks to bold leadership from utilities like Xcel Energy, which will get one-third of its electricity from wind power by 2021 and aims to get 60 percent of its electricity from renewables by 2030. 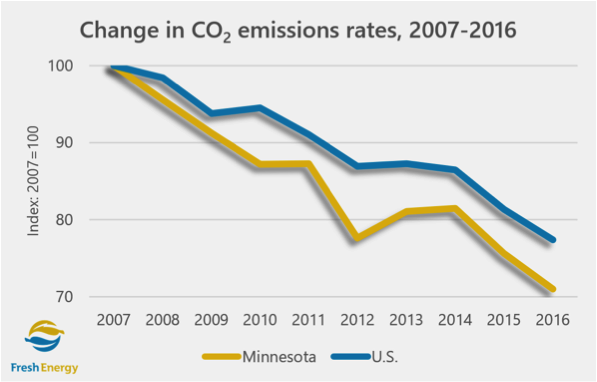 The Next Generation Energy Act not only increased renewable generation, it also encouraged energy efficiency. Energy efficiency helps customers use less energy, and save money, even as more appliances and electronics enter our homes and businesses. Per capita electricity sales in Minnesota increased 1.2 percent per year on average between 1990 and 2007.  Since the Next Generation Energy Act, however, electricity sales have actually declined by 1 percent per year.  This is great news for consumers — who pay lower electric bills — and also for the planet, as all of those emissions are avoided. 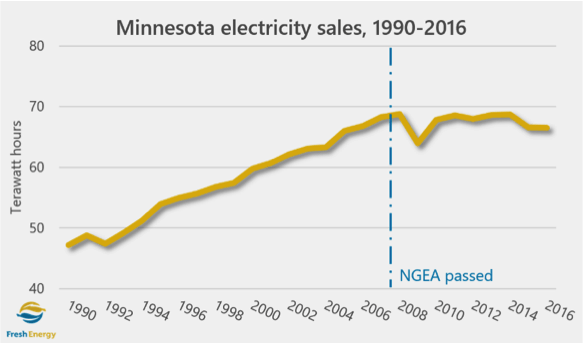 3) Minnesota’s electricity bills are among the lowest in the Midwest.

Thanks to energy savings and low-cost renewables, Minnesota has some of the lowest electricity bills in the Midwest. Minnesota families spend $190 less per year on electricity than the national average, or about 15 percent less!

Minnesota’s electric bills have become even more competitive since the Next Generation Energy Act was passed. The chart below shows how residential electricity bills have changed since 2007, comparing Minnesota to our neighbors in the West North Central Census region. Minnesota had slightly lower bills at the time of the Next Generation Energy Act, and since then, bills have grown considerably faster in neighboring states than in Minnesota. Over those 10 years, the average Minnesota family paid $1,100 less for electricity than families in neighboring states. The Renewable Energy Standard has also helped slash the cost of wind generation, to the point where wind power is, by far, the lowest-cost electricity generation source in Minnesota. The Great Plains have some of the best wind resources in the world, which translates into cheap electricity. How cheap? Utilities in middle America have been purchasing long-term contracts for new wind farms for less than 2¢/kWh. By comparison, it costs between 2.5-7.5¢/kWh to run an existing coal or natural gas power plant. In other words, it’s cheaper to build a brand-new wind farm — with a guaranteed electricity price over the life of the contract — than it is to simply run a coal or natural gas plant that is already built, even at today’s low natural gas prices. 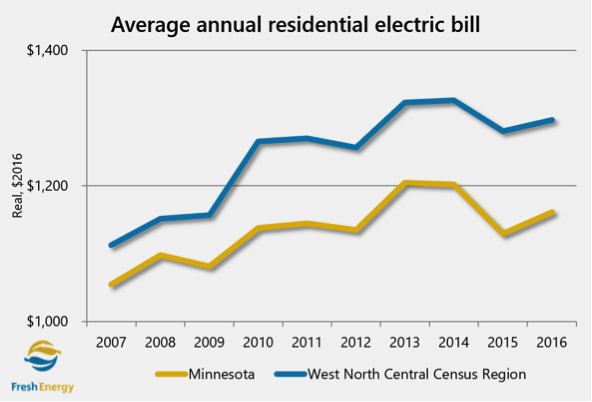 5) The Next Generation Energy Act has helped Minnesota’s economy.

The Next Generation Energy Act has also been a boon to Minnesota’s economy.  Investments in renewable generation create about three times more jobs per dollar than fossil fuels. The clean energy sector employs over 50,000 people in Minnesota, and solar installer and wind turbine technician are the two fastest-growing occupations in the country. Wind farms also pay over $10 million a year to Minnesota counties for roads and schools.

Between 2007 and 2016, Minnesota’s economy grew by 29 percent while greenhouse gas emissions from the electric sector fell by 29 percent. All while Minnesota enjoyed one of the lowest unemployment rates and one of the highest median household incomes in the country. 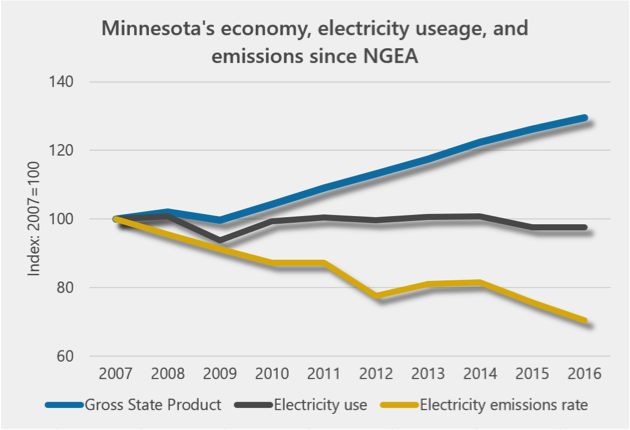 Andrew Twite is a senior policy associate at Fresh Energy, an independent nonprofit that provides in-depth research and analysis on energy issues across Minnesota. Fresh Energy was one of many organizations that helped shape the Next Generation Energy Act in 2007.