None of this is normal. I am referring, of course, to the events we witness daily, even hourly, of the Trump administration. More specifically, however, is the fact that this administration violates long-established standards of our democratic society, including: the belief in and significance of facts, truth, reason, and science; the transparency of government officials’ financial holdings to avoid conflicts of interest; the rule of law; the respect for civil liberties, including voting rights and the freedom of the press; the incompatibility of using public office for private gain; and last, but perhaps most obviously, fundamental human decency. It is incumbent upon educators at all levels, journalists, and others who are in positions of intellectual influence to consistently remind the public of the enormity of the catastrophe that we see unfolding before our eyes. 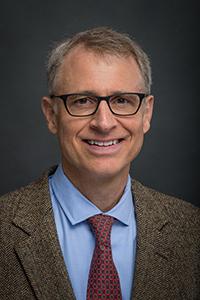 This is what makes the Republican Party’s official responses to the Trump administration so monumentally discouraging. With a few notable exceptions, the most comprehensive and consequential being the recent speech by Senator Jeff Flake of Arizona on why he will not seek re-election, the constant public shrugs, evasions, and even attempts at humor about the president’s statements and actions represent the zenith of political cowardice and cynicism. The president — buoyed by Sean Hannity, Rush Limbaugh, et al. — is ripping our democracy and social fabric apart at the seams, and Speaker Paul Ryan and Majority Leader Mitch McConnell are standing by, utterly afraid to say anything of consequence. One cannot help but ask: Does the speaker let his children read the president’s tweets? What does the conversation between McConnell and his grandchildren consist of when the president is mentioned?

Moreover, witnessing the very public fawning over the president at the recent event celebrating the passage of the tax overhaul (Ryan, incomprehensibly, labeled the president’s leadership “exquisite”), one wonders whether those Republicans who spoke are aware of the fact that their comments are now forever memorialized?

As indictments of the president’s associates are being handed down, and the Russia inquiry grows closer to the president and his family, the administration, quite conspicuously, has no legal leg to stand on. Thus the president’s most vocal supporters have adopted a full-fledged smear campaign, marinated with various outrageous conspiracy theories, of a lifelong Republican, Special Counsel Robert Mueller, along with the FBI generally. This campaign is embarrassing to even contemplate, let alone witness. The irresponsibility and recklessness that some will apparently engage in to change the subject appear to have no limits.

A culture is a system of norms and beliefs that shape and constrain individual behavior. Institutions of all types have cultures. Cultures exist because of adherence to rules, both written and unwritten. Cultures need not be permanent. Rather, they can change if new people become part of an institution, or if prevailing attitudes within an institution change, or both. One day, a certain behavior is not tolerated. But as time goes by, individuals engage in that behavior, and appear to pay no price in the process; hence that behavior comes to be seen as acceptable. It becomes no big deal.

A crucial point in history

The political culture of the U.S., and the nation’s culture in general, are at a crucial point in history. We as a society have a chance to prevent incessant lying, the constant mistreatment of our fellow citizens, and abdication of all personal responsibility – arguably the president’s three most noteworthy personal traits – from becoming accepted elements of our current political culture. We have that choice.

A word of caution to my fellow academics. Attempting to understand why the president enjoys support is an important undertaking, and academic journals will soon be full of dozens, probably even hundreds, of studies exploring every conceivable aspect of this larger issue. As a scholar, I am all for this. This is the pursuit of knowledge, and is critically important.

But if the Trump administration is reduced to merely an object of study, then we are complicit in everything that the president says and does. Detached analyses cannot be the main contribution to the larger public discussion about the current state of our politics. We must not be afraid to call lying what it is, to take a firm position against treating people poorly through personal insults, or to repeatedly remind the public of the lack of information we have about the president’s business interests at home and abroad and how they are likely impacting public policy, to take but three examples.

Our democracy, indeed, our society, are in rough shape. The president, who was elected with just over 46 percent of the vote because of an 18th-century system known as the Electoral College, has seen his popularity decline measurably since taking office. He shows no interest whatsoever in even attempting to be the leader of the entire country through an intentional process of expanding his base. Rather, he maintains the support of roughly a third of the country entirely by fueling anger, while he presides over a complete corporate takeover of our government. He represents everything that we teach young people not to be, and nothing that elected officials, let alone those in high office, should be.

If we lose sight of this behind the veil of objectivity, or worse yet, cowardice, then we are partially responsible for whatever happens to our political culture as a result of his administration. Our children are watching. The world is watching. History is watching.

Neil Kraus is professor and chair of the Political Science Department at the University of Wisconsin, River Falls.  He is the author of two books, including, most recently, Majoritarian Cities: Policy Making and Inequality in Urban Politics.

A culture at risk: We must not normalize the Trump administration