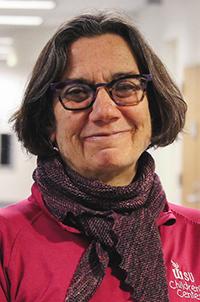 In the year since President Trump’s inauguration, we have seen a litany of new words come into use, some more printable than others. Of the more family-friendly ones is the verb “normalize.” Who among us used that word with any regularity before Nov. 9, 2016? In fact, who among us even really knew what the word means? I will confess that, like many of my students, I tried to get by using context to figure out meaning, but as their professor, I still felt compelled to follow my own directions and go to a dictionary. And while I discourage students from opening essays with dictionary definitions, I will ignore my own advice and report what I learned from opening my dictionary. Not surprisingly, what I found is that “normalize” means, most relevantly, to make “normal.”

So now I know that when critics urge us to not “normalize” the utterances or behaviors emanating from the White House, they are encouraging us to sustain our outrage and to stand up for our planet and for all those vilified by the current regime, so that we don’t  accept as “normal” the vileness spewing from the mouth of 45 and his minions. Indeed the hundreds of thousands who marched last weekend announced that they are not accepting any “new normal,” be it the gutting of environmental protections, the tax “reform” coup, or the endorsement of white supremacy.

Yes, we need to push back against those who vilify the press, target racial and religious minorities, assault the vulnerable, and spew foul language to describe vast populations of the world. Si! Se puede: We can resist the degradation of our civic life. And this handy verb, normalize, used in the negative, helps us understand and describe this effort.

Degradation we already live with

But this verb is also useful for understanding and describing degradation we already live with: sexual harassment, sexual assault, rape, and stalking.

Our society normalizes this violence when perpetrators go unpunished, when bystanders remain silent, and when victims are shamed, ridiculed, and threatened into silence. As many have already observed, anger at the attacks on human dignity perpetrated by the current regime has been redirected at the on-going and pervasive attacks on human dignity in the form of gender-based violence. And in the past few months, women have spoken up to combat these normalized behaviors.

As we know from the past year, resisting the normalization of horrifying words and actions is hard enough. It takes constant vigilance and speaking out and mass protest, innumerable phone calls, emails, texts, tweets, and even letters, as well as the vigorous use of our threatened First Amendment freedoms. But how do we “de-normalize” horrifying words and actions that are, indeed, “normal:” i.e. accepted, condoned, or ignored? How do we, in other words, transform a rape culture?

This is certainly not a new question. Twenty-five years ago this question was addressed by writers and activists in the volume “Transforming a Rape Culture,” edited by Emilie Buchwald and Pamela Fletcher (and published by Minneapolis-based Milkweed Editions!). Those authors today are no doubt dismayed by the currency of their concerns. We are no longer talking about “Tailhook,” but we certainly know about the “Marines United” Facebook page. In fact, the table of contents rings quite familiar: “Religion and violence: the persistence of ambivalence,” by Joan H. Timmerman; “Up from brutality: freeing black communities from sexual violence,” by W.J. Musa Moore-Foster; and, most prescient, “Twenty years later: the unfinished revolution,” by Peggy Miller and Nancy Biele.

Of course, some of the topics addressed in that volume now seem naïve at best: Would Naomi Wolff still offer advice on “how to love a man and save your feminist soul”? We also notice the absence of other issues, including the astronomical levels of violence directed at Indigenous women and trans women. Yes, some of the language has changed, and now we have the useful verb “normalize” in our vocabulary. But can we deploy it as energetically to uproot the “normal” as we have deployed it to prevent a “new normal” from taking root?

Not normalizing the Trump regime means pushing back at efforts to dehumanize and silence vast swaths of the population. But don’t rape and sexual harassment also dehumanize and silence vast swaths of the population? NOT normalizing Trump must also mean de-normalizing gender-based violence. So many of the devastating initiatives we are witnessing – particularly in the areas of immigration, health care, and criminal justice — have particularly devastating effects on women. When we listen to survivors, advocate on their behalf, and hold perpetrators of harassment and rape accountable, we assert the dignity of women. When we assert the dignity of all women, we push back against some of the worst of abuses of the current administration.