You have served your time. You paid your debt. You think you are free. You want to get a job, a student loan, a license, a place to live, but you cannot. You are not free; you are trapped by your past, just as the heroic Jean Valjean was in “Les Misérables.” 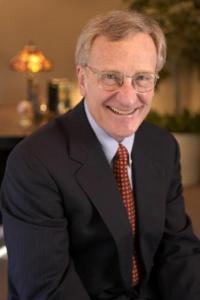 Your past conviction for a felony, and sometimes for a gross misdemeanor or even a misdemeanor, is a scarlet “C” invisibly but indelibly stamped on your face. You are barred from jobs, loans, educational benefits, licenses, and housing, not by the judge at your sentencing, but by the automatic imposition of noncriminal laws called collateral consequences. Javert, Valjean’s relentless antagonist, lives on in our misguided public policy.

You did not know, when you pleaded guilty as part of a plea bargain, that you would automatically lose your job as a home health-care worker and no longer be able to support your family. No one told you. Collateral consequences are not in the criminal code but scattered throughout the statutes.

All that matters: the fact of conviction

Some collateral sanctions make eminent sense. A nursery school is no place for a pedophile. But public safety should be the only legitimate consideration after you have served your time. And individual facts and circumstances matter. Stealing a car and joy riding is different from assaulting an individual while robbing their home. Both are felonies. The same collateral consequences apply to each.

Experience and research demonstrate that ex-prisoners are most successful in re-entering society when they have a job and a place to live. We benefit when ex-convicts work, support their families and pay taxes. You and I are safer when they successfully re-enter our community.

Approximately 125,000 Minnesotans are under the jurisdiction of our Minnesota’s Correctional System, of whom approximately 10,000 are in prison. The remainder are on probation or parole. Many thousands more who were convicted of a felony and no longer under control of the Corrections Department are limited by collateral consequences.

Minnesota also desperately needs more trained workers. Barring thousands of ex-felons from student loans to improve their skills does not make us safer. It limits their ability to get a better job, earn more money, and pay more taxes. Disqualifying 125,000 people under the jurisdiction of the Department of Corrections and the tens of thousands more limits our potential workforce and impedes our ability to compete in the global market. These sanctions are self-defeating for both the ex-felon and for the rest of us, a threat to our economic competitiveness, and morally offensive because it compounds the serious racial disparities that plague our state. A grossly disproportionate number of our prisoners and ex-prisoners are Black, Hispanic, and Native American.

We have a reasonable alternative and a first step toward reform. State Rep. Jerry Hertaus, R-Greenfield, and state Sen. Jerry Relph, R-St. Cloud, are the chief authors of the Uniform Collateral Consequences of Conviction Act, which provides a common-sense way to address the current problems. The act applies only to state and local governments and their subcontractors. It does not apply to private employers unless they are government subcontractors.

What the act would do

First, it requires the state to prepare and publish a list of all the existing collateral consequences — there are at least 150 in Minnesota statutes — enabling people to know of their existence and application.

Second, it requires the defendant to be informed of the possible application of the collateral consequences when charged, before sentencing, and upon release from custody.

Third, it provides two methods for a court to grant relief from collateral consequences for purposes of employment, education, housing, public benefits and occupational licensing: an order for limited relief and a certificate of restoration of rights.

Fourth, it requires the person making the decision regarding these opportunities to do so on the facts relevant to that applicant.

Passage of the Hertaus/Relph Uniform Collateral Consequences of Conviction Act will improve public safety, make it easier for former felons who have paid their debt to obtain employment, housing and other benefits, and become contributing members of our community.

Robert J. Tennessen is a member of the National Conference of Commissioners on Uniform State Law, a member of the American Law Institute, and a former state senator. This commentary originally appeared in the Growth & Justice blog.

To improve the workforce and serve equity, Minnesota must reform ‘collateral consequences of conviction’