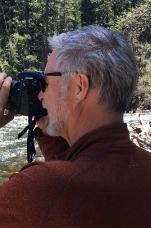 Currently the Minnesota State College and University system, the fourth largest higher education system in the country, is being led by an interim chancellor, and interim presidents lead six of the colleges and universities in the system. Under the previous chancellor, the leadership of almost all of the colleges and universities turned over — and only one of the system’s senior leadership team in place when the former chancellor took over remains in place. Even given the bubble of baby boomers reaching retirement age at about the same time, that’s a significant turnover in leadership. For that fact alone, it’s legitimate for Minnesotans to ask if there is a problem with the leadership of the Minnesota State system.

The system is led by a 15-member board of trustees appointed by the governor. In addition to hiring the system’s chancellor and presidents, the board has broad responsibility for planning, academic programs, fiscal management, admissions requirements, tuition and fees (though the Legislature frequently usurps this authority), and rules and regulations. It’s not a surprise that board appointments are often made for political reasons. Appointees aren’t required to have experience with higher education or even to have previous experience serving on a public board despite the fact that trustees are responsible for governing and leading the roughly $1.4 billion system.

Though I’d be an advocate for being more intentional in considering the skill set trustees bring to the board, my intent is not to criticize the individuals on the board or to criticize those they’ve hired to lead the system’s colleges and universities. I believe the trustees and the presidents truly want to create the highest quality educational system for the students who attend the state’s colleges and universities. My point is that this approach to governance, a centralized politically appointed board, does not create the local connections sufficient to develop an understanding of the relationship between the needs of the local community and the larger system. In the meantime, the disconnect between the board and the realities that exist on college campuses appears to be growing.

For example, the board invested significant dollars in an effort to re-brand the Minnesota State Colleges and Universities (MnSCU) as Minnesota State despite the advice of many presidents and marketing professionals in the system and at least one trustee. Those individuals pointed out that unless the student experience changes, no amount of marketing would change the system’s brand, since the customer experience is the brand. All the monies spent on the change did nothing to change the student experience (imagine if it had been focused on that!). Students didn’t know what MnSCU was because no one attended MnSCU — they attended one of the system’s colleges and universities and it was that experience, positive or negative, that was and is the MnSCU/Minnesota State brand.

Obviously, consolidation such as the merger that created the Minnesota system in 1995 is happening in many industries, not just higher education. Let’s take health care as an example because it’s an industry that has also seen significant consolidations into larger systems with a similar goal to deliver better service in a time of rapid change, escalating costs, shrinking revenues, and calls for better outcomes.

There is wide variation in how health care systems have evolved and some have been more successful than others, but the successful consolidations have one thing in common: They either have a local governance board or have consciously provided affiliates with a voice on a central board, and in some instances they’ve done both. There are several reasons for this approach to governance. Health care systems recognize that to be successful they must impact the behavioral causes of the chronic diseases that drive significant health care costs. They’ve realized doing so requires building a relationship with the people and communities they hope to serve. In addition, successful health care collaborations work hard to create a culture grounded in an understanding on the part of the system and each entity of their importance to each other, to the system as a whole, but mostly to their shared mission.

A web of networks and relationships

Just as the community relationships in health care systems lead to a better understanding of what it takes to improve the physical health of communities, so too those relationships would help Minnesota State understand the diverse educational needs of Minnesota’s people and communities. A local board with operational authority (even if, as it should, the central board retains specific reserve powers) builds the connections necessary to understand the educational needs of the local community and region. It’s also the first step in creating a culture that supports the system’s mission and an understanding of each entities’ relationship to the whole. A local board of trustees provides a web of networks and relationships to support the leadership of the president, and whether it’s helping local legislators understand the funding needs of higher education or garnering local support for system-wide initiatives, the voice of a local board and their understanding of the issue is crucial.

I don’t doubt many governance approaches would work, but it’s time for the state of Minnesota to consider a less centralized approach — one that recognizes the importance of listening to the diverse voices of the people and communities the system purports to serve.

Futurist Alvin Toffler said: “The illiterate of the 21st century will not be those who cannot read and write, but those who cannot learn, unlearn, and relearn.” If Minnesota State hopes to prepare Minnesotans to be ready for Toffler’s future, it should model that same capacity and examine the potential benefits of incorporating a local voice in governance.

Douglas Allen is an independent consultant and facilitator focusing on community leadership, strategic planning, organizational culture, change management and communication. He recently retired after 14 years as the president of Ridgewater College and 36 years of teaching and administrative experience in higher education.