Final permit decisions on PolyMet’s proposed NorthMet Mining Project are approaching, and for all the celebration of the process by politicians and company promoters here in Minnesota, we have grave concerns. We bring this message from Duluth, where we live downstream of the proposed PolyMet mine.

Last week we welcomed a delegation from Amnesty International to discuss their experience with a British Columbia copper sulfide mine upstream of their own communities. This is a group that has heard it all before: promises of safety from mining companies, claims of new technology that isn’t, guarantees of zero discharge, and assurances from government officials that it will all be fine.

Unfortunately, in 2014, the dam upstream of them collapsed, sending toxic water and tailings into nearby Quesnel Lake, effectively turning the pristine lake into a waste pit. The Mount Polley dam breach is the worst environmental disaster in Canadian history, and it is ongoing.

Local people who drank straight from the lake now drink bottled water out of fear of cancer, miscarriages, and neurological disorders. Indigenous communities are currently sitting out their fourth consecutive salmon season, a resource as important to them as wild rice is here. These downstream communities have seen no justice.

While this is a Canadian story, we are shaken by the similarities. The companies promised safety, but at every turn have promoted their bottom line over best practices and best technology. Government officials repeated assurances of a rigorous environmental process, but have granted continuous exceptions and variances to the company. Unbelievably, downstream communities, including indigenous communities, were not consulted on emergency response planning.

The Amnesty delegation urges us to avoid blind faith in regulatory regimes that are conflicted in mission, limited in scope, lax in enforcement, subject to regulatory capture, and which have yet to protect surrounding waters from this particularly toxic industry. British Columbians believed in their process, and that trust was shattered. 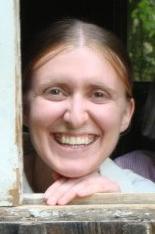 Here in Minnesota, PolyMet has said that the comparison between its proposal and Mount Polley is unfair, citing that the slope on its proposed tailings dam would be less steep. The Mount Polley dam failure, however, was not attributed to the steepness of the slope, but to an unstable foundation. If permitted, the PolyMet dam would be built on unstable taconite tailings on top of a wetland, at a height of nearly twice that of Mount Polley, with an upstream wet tailings design. DNR’s own consultants have pointed out the similarities. PolyMet officials either did not read the Mount Polley Independent Expert Investigation and Review Report, or they are trying to deceive Minnesotans. 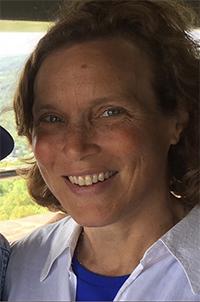 You might ask, where are our elected officials? Despite the clear importance to her city, Duluth Mayor Emily Larson has so far declined to publicly assert our stake in this matter. (Notably, neighboring Carlton City passed a resolution last week expressing its stake and requesting a moratorium on sulfide mining in Minnesota until a 20-year record of safety is shown.) Gov. Mark Dayton has made baffling statements that oppose sulfide mining as too dangerous for the Boundary Waters but are generally supportive of it where Duluth and Lake Superior would be at risk. Our own Rep. Rick Nolan has promoted legislation that would force a land swap to allow mining on federal lands, limit environmental review of copper sulfide mine proposals, and stop scientific study of the cumulative effects of copper sulfide mining in northern Minnesota.

For their part, the Minnesota Legislature and DNR seem unclear between them whose job it is to actually decide if this is a good or bad idea for Minnesota. Sadly, our own confidence in our elected officials and government is in jeopardy.

Driving a wedge between us

We appreciate that the boom and bust cycles on the Iron Range make the promise of new mining jobs attractive. PolyMet is capitalizing on this and dividing all of us who live in northern Minnesota by playing to emotions of trust and heritage. It is painful to see a foreign corporation drive a wedge between us, despite our shared values, and obscure the facts on which this decision should be based.

This is what PolyMet does not want us to know:

The record of sulfide mining is abysmal. Worldwide, the industry has failed and failed again to store its waste, and has left a legacy of rivers devoid of life from mining waste settling into riverbeds, ensuring that toxic heavy metals will continue to prevent life for centuries. While we may want to believe we have stronger oversight and regulations, performance in the US is horrid. According to the U.S. Forest Service 2016 study, 100 percent of sulfide mines have had spills, and 28 percent have, like Mount Polley, had outright dam failures. A 2017 U.N. report shows that catastrophic spills are actually increasing, as mining companies seek to lower costs and increase profits.

Glencore, PolyMet’s main investor, has a history of broken promises and abuse of union workers and communities across the globe. Worldwide this industry is replacing workers with robots. This is not how we continue Minnesota’s proud union tradition.

At the recent public hearing in Duluth, several PolyMet supporters borrowed a well-worn talking point and tried to shame opponents for using copper in cellphones and cars. Rarely included with such statements is the fact that we Americans throw away more copper every year than the proposed PolyMet mine would produce. To those who are truly concerned about how much copper is being used by consumers: Copper is infinitely recyclable and in abundant supply, and recycling creates jobs and reduces carbon emissions.

The truly precious resource we have in northern Minnesota is our freshwater complex, which includes the headwaters of Lake Superior and 10 percent of the world’s supply of fresh surface water.

It is too late for Mount Polley, and we stand in solidarity with our Canadian friends as they fight for reparations for the unmeasurable harm caused to them.

The DNR is now accepting comments on the draft permit to mine for PolyMet. Please comment before March 6, and tell the DNR, elected officials, and candidates around the state that this proposal is simply too risky for Minnesota and for Lake Superior.

PolyMet has divided us for too long. It is time for Minnesota to act, and to identify a better option. We stand ready to support leadership that would unify us around true economic development that celebrates our history without risking our future.

JT Haines, Bridget Holcomb, and Libby Bent are residents of Duluth and members of the group Duluth for Clean Water, which welcomed a delegation from Amnesty International to Duluth on Feb. 12 and 13.

Mount Polley and PolyMet: What happened in Canada must not happen here