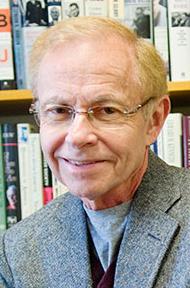 Atomic scientists recently announced that it’s 2 minutes to midnight. For them, the world security situation is more dangerous than it was a year ago — and as dangerous as it has been since World War II.

The Doomsday Clock was created in 1947 by scientists for the Bulletin of Atomic Scientists, and uses the imagery of apocalypse (midnight) and the contemporary idiom of nuclear explosion (countdown to zero) to convey threats to humanity and the planet.

Hamline University students and peers from Nagasaki, Japan, place the minute hand between 1½ and 2 minutes before midnight.

Last week the Pentagon released a new nuclear arms policy, effectively ending the Obama-era efforts to reduce the size and scope of the U.S. arsenal and minimize the role of nuclear weapons. The former president called it a moral obligation to lead by example.

During his first State of the Union address, President Donald Trump vowed to build a nuclear arsenal “so strong and powerful that it will deter any acts of aggression.”

Are we closer to midnight?

The issue of nuclear arms became more real for Hamline students who studied abroad this January in Nagasaki, St. Paul’s sister city. One student remarked, “It is hard to understand the pain when only looking at numbers, but when you see the pictures and hear the stories of survivors, the people affected are not just statistics.”

The course included visits to Ground Zero, the Atomic Bomb Museum, the National Peace Memorial, and seeing “Constellation Earth,” the Paul Granlund sculpture donated by the citizens of St. Paul for the Nagasaki Peace Park. They heard the leader of the International Campaign to Abolish Nuclear Weapons (ICAN), this year’s Nobel Peace Prize recipient. Most moving were the stories of the hibakusha, survivors of the atomic bomb.

With the minute hand ticking, designing strategies and creating action plans was essential. Working in team, Japanese and Hamline University students developed and presented their plans. Their recommended action included:

We must reverse the direction of the Doomsday Clock. A Hamline student declared, “I am absolutely convinced that getting rid of all nuclear weapons will be the most important work of our time.” Collectively we must declare, “No more hibakusha”!

Nuclear arms: We must reverse the direction of the Doomsday Clock