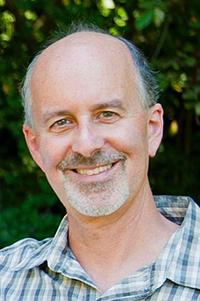 The Dow Jones industrial average took a beastly plunge last Friday. It fell 666 points, the sixth largest one-day drop in its history. Then on Monday it plunged 1,175 points. While these numbers portend potential doom for those whose wealth resides in stocks – the richest 10 percent of Americans own own 84 percent – they were precipitated, strangely, by good news for many workers. Wages grew in January at the fastest pace since 2010 and companies added 200,000 jobs, both of which indicate a growing economy and “healthy consumer spending.”

This phenomenon has happened numerous times: Seemingly good economic news triggers a decline in the stock market and seemingly bad economic news produces an uptick. The extended bull run we are now experiencing (assuming Friday’s and Monday’s drops do not initiate a trend) has been accompanied by limited job growth and low wages. And we can all cite examples of companies who have cut workers by the hundreds, even thousands, and then see their stock values, not to mention profit margins and executive compensation, bound upwards.

Why should “the catalyst for Friday’s fall” be, as the New York Times puts it, “a report that showed the strong United States economy might finally be translating into rising wages for American workers”? Economists can provide economic answers to that question, but I’m interested in how language choices shape our thinking about this issue. How do we define economic forces so that these scenarios make sense? One significant factor is our tendency to personify “the market.”

Jonathan Golub, an equity strategist at Credit Suisse, explained the drop by saying, “the market is becoming more vigilant.” Others referred to the market’s “mood” and said it was correcting itself after being “spooked.” We have all heard at some time that we should “let the market decide” how much things cost or which businesses succeed and fail, and we assume the existence of a “free marketplace” that “governs” the economy. The market, seemingly, has desires and feelings and makes decisions and choices.

A narrative we can comprehend

Our inclination to create and reinforce this personification makes sense. Faced with a blizzard of often-incomprehensible forces that cloud our understanding of how the economy works, we opt to simplify the market into a narrative we can comprehend. We understand that a local coffee shop owner sets prices that enable her to compete with the café down the street or that a landscaper employs people based on seasonal needs and the number of residents who want their gardens designed. So to enable more lucid explanations of a complex system, we personify “the market,” we speak of it as we would the coffee shop owner.

But while it seems natural to say the market “demands” particular goods and services at a particular price or the market “dictates” how many workers should be hired and fired, that market is a personification. The market does not make those decisions. People do. References to “the market” then serve to justify what they decide.

We hear, for example, that when owners threaten to move sports franchises to extract money from public coffers for $1 billion stadiums, it’s market forces at work. When Chambers of Commerce fight to keep minimum wages low, it’s to remain competitive in the market. When corporate boards pay executives hundreds of times what workers make, it’s because the market requires extravagant salaries to secure top-notch talent. And when jobs are cut in one place and sent to another, it’s a response to what the market demands.

Granting authority to ‘the market’

None of these decisions, though I have opinions about each of them, are necessarily bad or good. We should recognize, however, that when we personify “the market,” we grant it authority. We pretend that the “hand” of the market runs the economy according to some set of equitable principles, and ignore the ways that, beneath the veil of this personification, powerful people regularly do things to manipulate the economy in ways that serve their interests. We thus assume we can do nothing to challenge what the market demands (go ahead, try to convince “the market” not to ship your job from Indiana to Mexico), rather than to see those “demands” as choices CEOs and shareholders make.

The market is not an independent being. It does not govern itself. It is a personification we use to explain and to justify human choices. To recognize this is to hold people, rather than some nebulous entity, responsible for the decisions that shape our public and private financial worlds. That’s a good thing to keep in mind, especially when you consider that the people who make those decisions are the same people who benefit when the Dow ascends or lose when it takes a 1,175 point dive: the wealthy.

Jeffery L. Bineham is a professor in the Department of Communication Studies at St. Cloud State University.