The recent tragedy in Florida has once again resulted in public demand for legislative action in an effort to stop gun violence. In the spirit of offering solutions to the gun violence problem, I humbly submit the following legislative blueprint. I will note for the record that I am a gun owner in favor of action to prevent, to the extent possible under the Constitution, the irresponsible and violent misuse of firearms. My proposal draws upon ideas already under consideration in our country as well as laws and customs from other countries that have proven successful in limiting the violent use of firearms. This includes German Schützenverein, or Marksman’s Clubs, as well as aspects of the Australian licensure system. It is as follows: 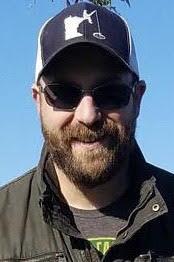 The Firearm Safety Act of 2018

1. Licensure required for all firearms kept at home. (For waivers to this policy, see section five below). These licenses would require, at a minimum, a full background check with convictions for violent crimes, weapons convictions, misdemeanors involving domestic violence or assault, or a history of mental illness as disqualifying. All weapons under the license would be registered with state or federal authorities for tracking purposes.

2. This license would require evidence that the holder has appropriate safeguards for the storage of weapons at home included under the license, to include safes, trigger locks, cabinets or other approved method.

3. As a prerequisite for licensure, the applicant would demonstrate completion of a firearms safety course that includes not only the safe operation of the weapon but also proper storage, suicide prevention strategies, and the prevention of domestic violence.

4. The holder of a license would need to provide, at the time of license application, evidence of liability insurance that covers the unlawful discharge of firearms under their ownership to include injury, death or damage to property. The licensed owner of any weapon would retain civil and criminal liability if that weapon is used unlawfully, whether by the owner or any other person.

5. No weapon would be banned outright under this licensure regime; however, different weapon classes would have different levels of scrutiny applied in order to hold a particular license endorsement. The logistics and levels would be subject to debate, but .22 rimfire lever/bolt action rifles would be easier to obtain than a handgun which would be easier than an AR 15 type weapon, etc. AR 15 type weapons would have to be delivered to a gun club after purchase and stored there permanently for recreational use on premises. This is similar to our classifications of driver’s licenses, where a class C license is easier to obtain than a Commercial License. In the event of zombie apocalypse, invasion by Redcoats or other foreign adversary, or generally agreed upon government tyranny, you can take home the AR 15. All licensure requirements are waived if the owner of any firearm of any type stores their weapons permanently at a licensed gun club. See below.

6. The establishment of federally recognized gun clubs is created under this act. These clubs are licensed to provide ranges for the use of firearms, are authorized to sell and store firearms, provide training for licensure under provisions above, and are allowed to own and maintain for the use of its membership weapons not generally allowed by current federal law. Tanks, rocket propelled grenades, fully automatic weapons? Why not. License requirements would be rather strict, but not to the extent that the clubs could not operate at a considerable profit.

7. All detachable magazines in excess of 10 rounds in capacity for weapons not kept at licensed gun clubs are banned.

8. There would be a general amnesty for firearms to be bought back by local, state or federal authorities at a fair price for gun owners who would not qualify, do not wish to store weapons at a gun club or do not wish to apply for a license. This would be paid for using federal/state taxes on sales of weapons and ammunition and a surcharge on gun club memberships and insurance liability policies.

9. Proof of licensure would be required for all sales of weapons unless directly transferred to or sold at a gun club per the gun club waiver outlined in section 6. Individual gun shops or private sellers would have no responsibility for running background checks as they would now be administered as part of the licensure process, but would be required to verify licensure via a state/federal database. All deal sheets would require the buyer’s state/federal license number, subject to audit and stiff felony charges for noncompliance.

To be sure, the devil is in the details, particularly as it relates to the specific requirements under each level of license endorsement. I offer this proposal as a starting point in an effort to provide meaningful legislation that addresses the gun violence epidemic while also allowing the use of any weapon currently allowed under federal law.

John P. Eidel is a concerned citizen, father of two and gun owner who lives in Minneapolis.