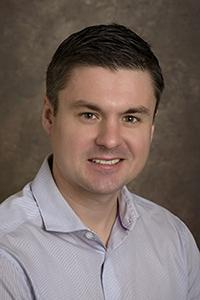 In early December, Philadelphia Eagles quarterback Carson Wentz – in the midst of a breakout season – tore his ACL.

Each team experienced enough upheaval to have derailed their seasons. Yet, each will be playing for the Vince Lombardi Trophy in Super Bowl LII on Sunday in Minneapolis.

While many NFL analysts deal with easily observable factors – individual performance, weather, play-calling and match-ups – it’s often what can’t be seen that determines a team’s success.

Inside and outside of sports, I’ve studied what makes some teams thrive and what makes others falter. Because talent goes only so far, it’s important to evaluate a team’s structure and mindset to determine its true strength.

Having the ability to adapt to adverse or unpredictable situations plays a big role. So do “collective efficacy” – a team’s shared belief that it can attain a given goal – and “interdependence,” whether a team believes each member is valuable.

By considering these three latent team characteristics, we can dig deeper into how the Eagles and Patriots made it to Super Bowl LII.

In a 2012 study, I charged four groups of students with solving a murder mystery.

Some groups were told that each member had a distinct role, and that they would need to rely on everyone’s expertise to solve the mystery. Unsurprisingly, these groups did the best.

Interestingly, groups whose members each had useful information – but weren’t told that the information each possessed was necessary for the team to perform well – did the worst. This happened because, on these teams, individual members thought they could solve the mystery on their own.

How might this translate to football? Well, most teams are equally motivated to win the Super Bowl. But none likely understand the role and abilities of each player – and the need to coordinate – better than the Patriots. This is because head coach Bill Belichick’s system is designed to emphasize specific roles linked to specific abilities.

For example, in 2007, Belichick traded for undersized wide receiver Wes Welker. On his previous team, the Dolphins, he had been an average player. But Belichick had a role in mind for Welker, bringing him to New England with the specific purpose of playing in the slot.

Importantly, in Belichik’s system, Welker didn’t have to outrun and outjump the opposing team’s biggest, fastest defensive backs. He just had to do one thing well: Give quarterback Tom Brady a short, underneath passing option. Welker ended up thriving; his production exploded, and he redefined a position now occupied by Julian Edelman and Danny Amendola.

This type of system serves two functions. First, it allows the players and coaches to understand each player’s strengths, weaknesses and responsibilities. It creates what management scholars would refer to as a “transactive memory system” – a “group mind” where each team member knows what each other one is good at. This naturally builds interdependence by identifying the specific skills each player needs to contribute to the team. Second, it makes it easy to adapt to adversity, setting up a dynamic where players can easily be plugged into roles to replace teammates lost to injury.

Then there’s the Patriots’ history of winning. Since 2001, they’ve won 15 division titles, eight conference championship games and five Super Bowls. If you’re on the Patriots, you’re probably pretty confident you can win, regardless of the score or situation.

It’s one thing to tell the media you will win. It’s quite another to truly believe it, even when you’re down three touchdowns.

Indeed, the greatest predictor of being confident in your ability to win in the future is having won in the past. Confidence in your ability, in turn, has been shown to predict performance in a variety of situations, from sports arenas to the classroom to the workplace.

The Eagles spread the wealth

The Eagles don’t have the Patriots’ role-based culture and history of success. But they were nonetheless able to absorb the loss of star quarterback Carson Wentz, and now find themselves one game away from dethroning the Patriots.

It probably helped that Carson Wentz is playing on his rookie contract, so his salary cap hit is only US$7.25 million, or around 4 percent of the team’s $167 million salary cap. Because the Eagles devoted a small amount of money to their quarterback – a position that usually commands the highest salaries – they were able to invest their resources in other positions.

Having a lot of resources invested in one player – even if he is a star – can be risky.

In a 2016 paper, I explore the New York Yankees’ 2004 acquisition of superstar Alex Rodriguez, and the massive 10-year contract extension they awarded him in 2007. In this case, the Yankees overestimated Rodriguez’s longevity, and his performance started to falter as he aged. But perhaps more importantly, they underestimated the signal it sent to give a single player like Rodriguez – who failed to emerge as a respected team leader – the position of the organization’s most highly paid employee.

On the other hand, Wentz’s contract allowed the Eagles to distribute their wealth more evenly. They were able to acquire more players to create roster depth, while sending a broader signal about equity within the organization.

Before the season, the team was able to sign Wentz’s backup, Nick Foles, to a two-year, $11 million deal. They also signed free agent wideouts Alshon Jeffrey and Torrey Smith. At running back, inexpensive rookie Corey Clement was joined by free agent LeGarrett Blount and Jay Ajayi, who was acquired in a midseason trade.

That’s not to say losing Wentz was easy for the team to overcome. Wentz had thrown for over 3,000 yards and an Eagles record 33 touchdowns before he went down. His teammates relied on him. They were confident in him and knew what he was capable of.

In a 2014 study of basketball teams, I was able to show that players who gained the confidence of their teammates not only got the ball more, but also had more plays drawn up on their behalf. For this reason, everyone around them ended up contributing less.

So when there’s a loss on the scale of Carson Wentz, there’s a struggle to figure out who is going to get the ball. But it also creates opportunities for players with smaller roles to step up.

After Wentz went down, the performance of the Eagles’ defense surged: The unit allowed only 33 points in their last four games. The offensive line has also played superbly, while the running backs boosted their production.

This likely occurred because when high-performing team members go down, others feel more responsible for the team’s performance. Researchers have been able to show that, in lieu of an injury to a key member of a team, other players tend to improve their focus and effort.

Still, despite their sound system, the Patriots are probably more reliant on Tom Brady than the Eagles are on any one player. In both of the Patriots’ most recent Super Bowl losses, the Giants were able to disrupt Brady’s timing, dominate the offensive line and keep Brady off the field with a potent running game. Despite their many advantages, the Patriots, in this sense, are more vulnerable.

While the Patriots and Eagles represent two premiere football teams, the principles of adaptation, collective efficacy and interdependence can be applied to any setting where people come together to accomplish a collective goal. It could be in the classroom, on the battlefield, on stage or in a startup: Any team that performs well will tend to believe in its abilities, take advantage of each member’s strengths and adapt to the challenges that inevitably crop up.

Kyle Emich, Ph.D., is an assistant professor of management at the University of Delaware. This article was originally published on The Conversation.