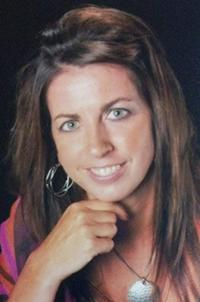 At first blush, public-school-based “Universal Pre-K (UPK)” for 4-year-olds sounds good. But when you look a little more deeply at the issue, the unintended consequences of UPK could be very harmful to thousands of children and families.

Many of the serious negative unintended consequences associated with UPK, which is called “Voluntary Pre-K” in Minnesota, have already been well documented. For instance, a 2- to 3-hour per day UPK program that closes in the summer months simply doesn’t work for parents with full-time jobs. For the children who need the most support in their learning, a nine-month, part-day UPK program also provides insufficient help. Moreover, waiting until age 4 to begin addressing an achievement gap that opens as early as age 1 does a disservice to our most vulnerable kids.

But one other problem with UPK has gotten almost no attention: Minnesota already has a very serious shortage of early care and education programs for children under age 5, and a fully implemented UPK program for 4-year-olds could inadvertently fuel a full-blown crisis. 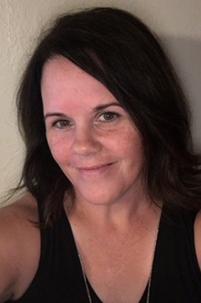 A November 2017 online survey of 309 early-care and education providers in Minnesota should be a wake-up call to any Minnesotan concerned about the child-care shortage. The voluntary opt-in survey was sponsored by the nonprofit organization Close Gaps by 5.

The survey found that 92 percent of providers said that UPK would be financially harmful to their program. This financial impact could have a number of implications, all of which would be harmful for the young children those programs serve. The survey found that the financial impact could cause 70 percent of high quality providers to “invest less in maintaining the quality of my program,” 80 percent to “fire or lay off staff,” and 77 percent to “go out of business.”

Imagine the outcry if a law was enacted that caused 77 percent of elementary school principals to say they might have to close their doors and stop serving children. So where is the outcry about the plight of the infants and toddlers served by these programs?

This is undeniable reality: When 4-year olds are moved from child-care programs to a school-based pre-K program, it becomes financially difficult to impossible for many child care providers to continue providing high quality early care and education for infants and toddlers. Even if you don’t care about the impact of UPK on thousands of small programs, the impact on early care and education for Minnesota’s infants and toddlers should be concerning to all of us.

Rather than what is effectively a schools-only UPK monopoly for 4-year olds, what Minnesota needs is a public policy that gives all types of early learning programs an equal opportunity to serve children.

Fortunately, we have such a policy. It’s called Early Learning Scholarships. These scholarships allow parents to choose from a variety of programs based in schools, centers, homes, churches and nonprofit organizations, as long as the program can prove it is using kindergarten-readiness best practices, as measured by the Parent Aware Ratings.

Thousands of low-income parents with such scholarships choose school-based programs, so scholarships are not anti-school. Scholarships simply put parents in charge of the program choice, instead of politicians. As a result, every type of high quality program has an equal opportunity, and every parent has a full range of options to find a program that fits their family’s unique needs.

Maybe 77 percent of early educators who aren’t based in schools won’t close their doors. Let’s hope not. But if even a quarter of them have to close their doors due to UPK, the early care and education sector will be decimated. Even if you don’t care about the plight of those small community-based programs, we all should be very worried about the thousands of Minnesota infants and toddlers whose parents wouldn’t be able to find early learning programs to prepare them for school and life.

By Tamara Hansen and Michelle Goodwin