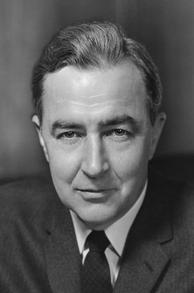 A country politically divided. A powerful president despised by many. Civil unrest in the streets.

No, I’m not referring to the past few years but rather to 1968. And it was during this month 50 years ago — especially from March 12 through March 31 — that one man and his supporters changed the America political landscape for the months and years that followed.

Emboldened by one of the finest grassroots campaign in our country’s history, Eugene McCarthy, Minnesota’s senior U.S. senator at the time and better known as Gene, nearly defeated incumbent President Lyndon Johnson in the March 12 New Hampshire primary. Johnson received 49 percent of the vote to McCarthy’s 42 percent. But after the write-in votes from the Republican ballots were all tabulated, McCarthy – often confused with the communist-hunting senator from neighboring Wisconsin with the same last name – came within 524 votes of winning outright. McCarthy’s campaign taught lessons that our electorate would be wise to revisit and from which we could benefit in today’s political climate.

McCarthy wasn’t a traditional political glad-handing candidate, nor often was he a particularly good candidate, but he didn’t need to be. His mere willingness to challenge the war as an official candidate when others would not was enough to offer voters a viable alternative.

His decision to challenge the incumbent president of his own party was rooted in opposition not only to the war in Southeast Asia but also what he considered an abuse of power on the part of the Johnson administration. Too often then and now politicians and would-be candidates are more concerned about their political futures and not about offering real leadership on hot-button issues.

McCarthy and his campaign brought a certain civility to an otherwise incendiary political climate. Instead of protesting the war in the streets as long-haired hippies, young people by the thousands got “Clean for Gene,” cutting their hair and shaving their beards before descending upon New Hampshire and later other states for a well-organized door-to-door campaign. They worked within the system to bring about change through traditional voting mechanisms.

Led by the candidate’s wife, Abigail, women – many concerned about the prospects of their sons going off to war – supported McCarthy as well, marking the first time women became their own bloc of voters. The “Women for McCarthy” group, operating out of the attic in the McCarthy house in Washington, D.C., was an integral part of the candidate’s success and showcased the value of bloc voting.

Victory over Kennedy in Oregon primary 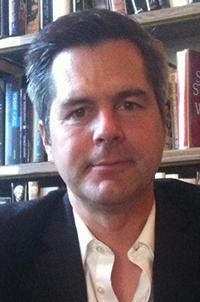 McCarthy and his supporters proved their grassroots campaign could even beat a well-oiled political machine flush with cash when McCarthy defeated Bobby Kennedy in the Oregon primary, marking the first time ever a Kennedy lost a political election.

Alas, following the death of Kennedy, McCarthy essentially suspended his campaign. He did not secure the needed delegates for the nomination at that summer’s Democratic convention in Chicago, which is more remembered for the violence in the streets than for the eventual nominee, fellow Minnesotan Vice President Hubert Humphrey.

History has regularly — and wrongly — ignored the impact of McCarthy’s campaign or relegated it to a footnote, though Lawrence O’Donnell’s recent book “Playing With Fire” captures exceptionally well the essence of McCarthy’s improbable and historic campaign of 1968. If not for his success against President Johnson in the New Hampshire primary 50 years ago, it’s unlikely Bobby Kennedy would have entered the race on March 16 or that LBJ would’ve withdrawn from the race on March 31.

If, as Winston Churchill said, “those who fail to learn from history are condemned to repeat it,” then conversely those who don’t take the time to reflect upon history will be unable to learn from its success stories. The McCarthy campaign of 1968 serves as an important reminder that with the confluence of the right issue and candidate democracy can flourish as intended, when voters mobilize to genuinely support a candidate instead of merely voting against the opposition.

Rob Hahn of St. Paul is the director and executive producer of the documentary film “Hi, Gene! Meet the Real Senator McCarthy.” The film was nominated for a regional Emmy© last year and can be streamed for free at www.higenemccarthy.com.

50 years later, lessons we should learn from Gene McCarthy’s 1968 campaign