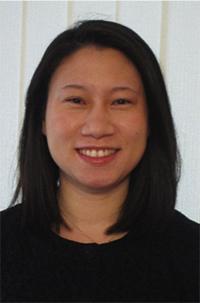 In December I had the remarkable opportunity to attend administrative meetings of the world’s most important court, the International Criminal Court. The court, located in The Hague, Netherlands, prosecutes individuals from all over the world for genocide, war crimes, and crimes against humanity.

A unique feature of this court is that it is at the forefront of gender justice, prosecuting sexual and gender-based crimes including rape, sexual slavery, enforced prostitution, forced pregnancy, and enforced sterilization.

At these meetings I became inspired by Fatou Bensouda.

Bensouda has been the court’s chief prosecutor since 2012. She has made it her explicit goal for the ICC to address ending the rape and exploitation of women in war.

Because of her commitment to women and justice, many perpetrators of these heinous crimes in several countries have been successfully prosecuted and imprisoned.

In Minnesota, one in three women

The systemic maltreatment of women persists not only around the world but on our home front as well. One out of every six American women has been the victim of an attempted or completed rape in her lifetime. According to the Minnesota Coalition Against Sexual Assault, one in three Minnesota women has been sexually assaulted by mid-life. Despite the prevalence of sexual assault, only 310 out of every 1,000 sexual assaults are reported to police, and only seven out of 1,000 sexual assault perpetrators will be convicted. In fact, perpetrators of sexual violence are less likely to be incarcerated than perpetrators of almost any other crime.

During the past year, the prevalence of sexual assault and the lack of accountability for these crimes rose to the forefront of our national conversation, fueled by movements like #MeToo and #TimesUp. These movements bring hope and action for change. Our local, state and federal prosecutors need to follow the international example and prioritize the investigation and prosecution of such cases.

March 8 is International Women’s Day, celebrating the social, economic, cultural, and political achievements of women. Since its first observance in the 1900s, the day also marks a call to action for accelerating gender parity. This year, with the slogan Press For Progress, we must continue steps to end the staggering prevalence of sexual assault both locally and globally. Increased funding should be allocated to all stages of sexual assault investigation and prosecution and to providing appropriate and adequate services to survivors.

To learn more about the International Criminal Court actions to combat gender-based violence and discrimination against women, please join us for a public program on April 9, 2018, at Mitchell Hamline School of Law. Information is available here.

Helena Sung is a Benjamin B. Ferencz Fellow in Human Rights and Law, World Without Genocide.