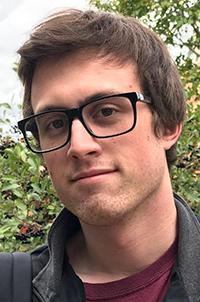 Each time there is a mass shooting, discourse regarding motive immediately follows. Many assume that mental illness is to blame for extreme violence, which appears impulsive, amoral and irrational. We tend to think, “Someone who does this just has to be mentally ill,” indicating how we as a culture view the relationship between mental illness and violence. Providing adequate mental health treatment is an important issue, but the oversimplification of motive does not help in understanding why these events occur. It also contributes to the stigmatization of people with mental illness, who are more likely to be victims of violence than perpetrators. Motive is a far more complex concept.

I am a senior undergraduate student studying criminology at Hamline University.  For the past six months I have been helping Jillian Peterson, a forensic psychologist at Hamline University, and James Densley, a sociologist at Metropolitan State University, build a mass shooter database. Our research defines a mass shooting as an instance in which four or more individuals are killed in a public space with a gun in a 24-hour period. Shootings that occur in the process of other crimes, such as a robberies or gang activity, are discounted. Instances called “family annihilations,” where an individual kills other members of their family in rapid succession, are also excluded.

By this definition, there are 135 mass shooters included in the database over the past 60 years. They are coded on 50 different background traits that range from interest in past violence to social media use. I have been focused on understanding motive. In order to stop mass shootings, we have to understand what drives people to shoot in the first place. Although the project is not yet finished, my preliminary assessment of the motives of 135 mass shooters is that mental illness is not a common motivating factor.

After the shooting at Stoneman Douglas High School in Florida, the same national discussion about mental illness and violence began about Nikolas Cruz. The conversation first centered on his expulsion from the school as being the driver of his behavior. Then focus switched to depression that he experienced after the death of his mother.

These claims are possible explanations, but do not address motive. Cruz did not commit this school shooting because he was depressed, which is the normal response to losing one’s mother. His motive is far more complex than a diagnosis.

Path to violence: a slow build over time

Our work building the life histories of similar shooters has shown the path to violence is a slow build over time. These individuals do not just snap or experience symptoms of mental illness to the point of explosive violence. Stressors accumulate over time, coupled with a radicalization process that is then met with a trigger, usually in the form of a significant life event.

Currently, little is known about Cruz’s life or his motive. It seems that he expressed interest in past violence through social media postings. He took photos with guns, knives, and posted images of harm being done to animals. It is clear that more is going on than just depression.

He is likely an “injustice collector.” This behavior is defined by former FBI profiler Mary Ellen O’Toole as someone who neither forgives nor forgets perceived injustices. They do not cope with rejection or even minor setbacks and will sometimes express their frustration with violence. Elliot Rodger, the Isla Vista Shooter, is a prime example of one of these individuals. He was motivated by the urge to punish women for rejecting him.

It is unclear at this time if Cruz has similar thought processes. Hopefully a clear picture of why he decided to commit mass violence with reveal itself in the coming weeks. The conversation can then shift to prevention strategies — specifically, the question of how to report, assess, and de-escalate threats of mass violence.

Kyle G. Knapp is a senior anthropology and criminology & criminal justice student at Hamline University. He has been a research assistant working on the Mass Violence Project since last September.