An out-of-state wealthy special interest group is coming into Minnesota today to push for dangerous legislation that could put our civil rights and liberties on the chopping block, threaten the strength of our republic, and silence everyday people’s voice in government. 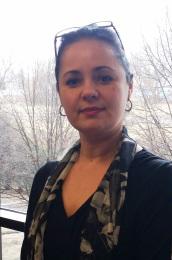 Minnesotans should be wary of the Convention of States group that is holding a rally in the statehouse today to lobby for their resolution to call a new federal constitutional convention. Far-right political activist Mark Meckler and Fox News host Pete Hegseth hope to “fill the rotunda” of the Capitol in support of this bad idea.

Under Article V of the U.S. Constitution, two-thirds of the states, or 34 out of 50, can apply to call a convention to propose constitutional amendments. The Constitution, however, does not offer any details about how a convention would work or what rules would be in place. The delegate selection process, how the American people would be represented in a convention, or what ethics and campaign finance rules would be applied to convention delegates remain unanswered questions.

Most concerning is that there is no language in the U.S. Constitution that limits an Article V convention to one issue. That means that a constitutional convention could easily become a free-for-all for delegates to essentially rewrite our governing document. The right to vote, right to free speech, freedom of assembly, or any other policy issues or constitutional protection could be subject to change.

Ultimately, an Article V convention would create a constitutional crisis at time when the country is already facing enormous legal, political, and constitutional questions in the White House, Congress, courts, and state legislatures across the country.

Just as wealthy special interests inject their influence in our current democratic process to bend it to their needs, this too will be subject to their interests drowning out the voices of Minnesotans.

The threat of a runaway convention has led to legal scholars, legislators, and advocacy groups from across the political spectrum to oppose this dangerous idea. And while there are some groups who want to call an Article V convention for a good reason, such as proposing an amendment to overturn Citizens United, the risks involved with a constitutional convention at this time are just too high.

Passed in 12 other states

The Convention of States resolution that is being proposed in Minnesota has already passed in 12 other states. In fact, it wasn’t even really drafted by Minnesota legislators. The language of the resolution (HF 2690) is nearly identical to a “model” bill produced by the American Legislative Exchange Council (ALEC), a national secretive corporate lobbying group that has close ties with the Koch brothers.

Another ALEC-backed effort to call a constitutional convention to enact a federal balanced budget amendment (BBA) has passed in 28 states, just 6 states short of reaching the 34 states required to call a convention. Minnesota is one in six GOP-controlled state legislatures that does not have an Article V BBA convention application on the books.

Since these are resolutions, the governor is not involved. That means Gov. Mark Dayton would not be able to sign or veto any Article V convention application passed by the Minnesota Legislature.

Would lead to constitutional chaos

Regardless of what issue is the focus of an Article V convention application, there is no tangible way to limit the scope or impose rules for a convention. There is also no way to limit the power of special interest money and influence in a convention process. In the end, it would lead to constitutional chaos.

At a time of constitutional uncertainty and unlimited money in politics, a convention is a serious threat to all Minnesotans’ constitutional rights. Minnesota legislators need to focus on their constituents. Therefore, they must reject this dangerous bill coming from out-of-state lobbying groups in order to protect our republic and everyone’s civil rights and liberties.

Annastacia Belladonna-Carrera is the executive director of Common Cause Minnesota, a nonpartisan grassroots organization dedicated to upholding the core values of American democracy.