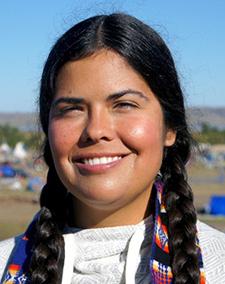 At what point do we get tired of the same old narrative? The old trope of theft of Indian lands, of breaking treaty promises, of a government suppressing Native rights is long past its prime. This is the era of social media, of a people’s narrative and people’s power, of standing up for justice and equality. But the rapidly changing times and global audience of Standing Rock vs. Dakota Access Pipeline appears to be lost on Minnesota’s Public Utility Commission, which recently rejected a joint appeal by tribal nations to consider a survey of tribal cultural properties in the final decision to approve or reject the new Line 3.

The PUC’s message follows that old trope: yeah, we get it, Native culture is important so we’ll support a survey … but it doesn’t matter enough to actually factor into our final decision to deny Enbridge’s new project or send a new tar sands line through tribal treaty lands and Minnesota’s wetlands.

Calls from tribal voices haven’t gone entirely unheard — Rep. Keith Ellison penned a letter asking the PUC to consider a tribal survey in its final decision. The Minnesota Department of Human Rights also weighed in, saying the completion of the cultural survey prior to the final decision is the least the PUC can do, and pointedly reminding the PUC of the resistance at Standing Rock and the need to move past historical injustices.

I’ve witnessed firsthand what happens when a government agency pays lip service to tribal nations. On Sept. 2, 2016, the Standing Rock Sioux Tribe filed an addendum to its latest motion in court, detailing sacred sites and burial grounds the state’s paltry survey didn’t include. On Sept. 3, 2016, Dakota Access LLC skipped 25 miles ahead in its construction plan to destroy those sites. When the bulldozers arrived, indigenous peoples camped out nearby rushed to stop what was happening and were met with private security wielding attack dogs.

That day, I interviewed a 22-year-old Lakota mother with a large dog bite on her breast. I hugged a friend dripping blood from a bite in his bicep, courtesy of Dakota Access, LLC private security while North Dakota police stood by. Is that really what Minnesota wants?

Bemidji just voted to give the sheriff state of emergency power to call in backup, and Duluth is considering a riot gear purchase totaling $125,000. It appears northern Minnesota is gearing up to do exactly what North Dakota did, this time suppressing its own citizens while standing alongside a Canadian corporation.

Destruction of tribal and cultural sites isn’t only felt by indigenous peoples, it is this land’s history, lost. Contamination of one-fifth of the world’s freshwater is everyone’s problem, as is climate change. I do this work because I cannot look in the faces of the next generation, I cannot meet my future children and say I did not try to give them a better world. Ending the era of extreme extraction, of tearing fossil fuels from the earth while the ice caps melt is already happening, but it is happening incrementally. Minnesota is considering a foreign pipeline company’s wishes that will provide some temporary jobs and major long-term environmental risks for Minnesota’s citizens. Our state is already continuing the narrative of running over tribal peoples, this time for a foreign operator.

The solution to existing pipelines is not more pipelines, it’s moving into a green future that provides job and clean energy for our children. Minnesota’s own Department of Commerce said as much when it gave and reiterated its opinion that the new Line 3 isn’t needed, and the old one isn’t either. The solution to healing is not paying more lip service to tribal nations and allowing Enbridge to destroy sacred sites and cultural places that can never be replaced. Let’s get it right, this time.

Tara Houska is an attorney and the national campaigns director of Honor the Earth, a Minnesota-based environmental justice organization led by indigenous women, dedicated to protecting indigenous homelands and resources, and empowering communities with energy independence through renewables. She is also a former adviser on Native American affairs to Sen. Bernie Sanders.

To the PUC, Native culture matters — but not enough to affect its Line 3 decision-making