The sight of millions in major cities across the U.S. rallying for common-sense gun safety under the leadership of committed youth gives hope that an effective social movement is finally being born to confront this great public-health challenge. The young millennial leaders who survived the Parkland, Florida, school shootings and so many others reminded us last Saturday that hope alone is not a plan. Creating a social movement with a strong agenda for change — now there’s the start of a powerful plan. 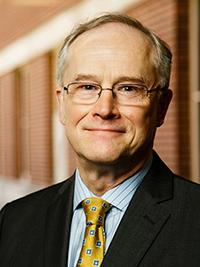 Is there enough common ground for collective and sustained action on one of our most divisive issues — gun violence? Could red and blue engage to take us down the road toward preventing deaths and injuries from guns? Some say, “No way.” But others answer with a measured, “Not so fast …”

A recent PEW Foundation report found that among U.S. adults who identify as Democrat or Republican, a majority of both supported the following policy ideas as tools to stem gun violence: preventing the mentally ill from purchasing firearms; barring gun purchases by people on no-fly or watch lists; requiring background checks for private sales and at gun shows; banning assault-style weapons; and creating a federal database to track gun sales. In fact, in an earlier study, even the overwhelming majority of those identifying as NRA members favored many of these policy ideas in contradiction to the absolutist positions taken by NRA leadership.

The time is ripe

With more consensus in the U.S. on this issue than we thought existed, the time is ripe for a public-health-based social and cultural movement to stem the tide of gun deaths. Collective action to solve a national problem works. In 1980, Mothers Against Drunk Driving (MADD) confronted our tolerance of drunk driving and cut fatalities in half. The more recent #MeToo movement is taking on our culture of rape, assault, and harassment and may change the way women can live their lives.

MADD as a case in point on the effectiveness of social movements is especially important. It gave rise to a national public-health approach to this problem, yet was deeply anchored at the local level. In the short term, law enforcement and courts were leveraged to enforce existing laws. Legislatures were persuaded to tighten those laws, reduce DUI blood alcohol levels, raise the drinking age, and collect better data, to list a few policy changes. But in the longer run, the movement gave rise to strategies for more profound culture change, particularly in the national norm that tolerated drinking and driving. Schools educated students. Films and television promoted the designated driver. The result? Great reductions in drunk driving deaths — over time.

This is public health at work. It goes “upstream” from such tragic outcomes to seek the root causes of death, injury, and violence. From this knowledge, public health develops strategies, engaging communities, institutions both public and private, education, communication, technology, and public policy in an integrated approach of health promotion, prevention, and risk reduction. A public-health approach requires design thinking about where we are today, where we want to be in the future, and the pathways to get there. What we also learn from public health is that you have to commit to change and sustain your efforts for the long-term. Easy fixes are rare.

As New York Times columnist Nicholas Kristof and so many others have written, a public-health approach is what we need now to prevent further Sandy Hooks, Parklands, and the more than 270 school shootings that have occurred since 2012. We also can’t lose sight of the highest casualty rate from firearms: suicide. The student and family survivors of the Parkland tragedy have shown their justifiable anger that these tragedies keep happening. Already they are transforming the energy of that anger and horrific loss into collective action for change. In that, there is certainly hope — and a plan.

John Finnegan is dean of the University of Minnesota School of Public Health.