On March 12, three members of the Minnesota House of Representatives introduced a bill that would — for the first time ever — impose work requirements on adults who receive Medicaid, the public insurance program for low-income populations. Health policy experts agree that adding work requirements to Medicaid would increase uninsurance rates. Imposing work requirements does not make sense for Minnesota, and both liberals and conservatives should oppose the idea. 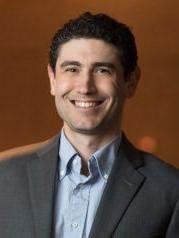 The Affordable Care Act allows states to expand their Medicaid programs to cover all adults whose incomes are below 138 percent of the federal poverty line ($12,140 for a single person, $25,100 for a family of four), with the federal government paying most of the costs. This Medicaid expansion has been a key driver of record-low uninsurance rates in Minnesota and nationally. Medicaid covers nearly 1.1 million Minnesotans, approximately 40 percent of whom are non-disabled, non-elderly adults who would be affected by the proposed work requirements. Extensive research shows that Medicaid expansions protect households from financial ruin, improve access to health care, and improve mental health for low-income adult populations. Notably, recent Medicaid expansions caused little-to-no reduction in people’s employment.

A recent article in the Journal of the American Medical Association argues that Medicaid work requirements are a solution to a nonexistent problem. According to the Kaiser Family Foundation, 60 percent of the non-disabled, non-elderly adult Medicaid population already works either full- or part-time. Only 6 percent of this population is not working and not in a situation that would exempt them from work requirements (being in school, caregiving, or having serious health problems that prevent work), and that 6 percent includes those who are already actively looking for work.

Another concern is that work requirements would undermine Medicaid’s role as a safety-net insurance program. The House bill calls for monthly verification that work requirements or exemptions are being met. Surely, these administrative requirements would cause qualified individuals to fall through the cracks and lose coverage, which is not how safety nets should work. Furthermore, we should promote employment in a way that matches people’s skills with jobs. The bill states that someone must “accept any bona fide offer of suitable employment” to maintain Medicaid coverage. This may lead people to land in jobs that are poor matches for them, their families, and possibly their employers. That is not what pro-employment policy should look like.

Liberals will oppose Medicaid work requirements for a variety of reasons related to a general philosophy that government bears responsibility for providing insurance to low-income populations. But why should conservatives oppose work requirements for Medicaid? For one, enforcing and administering work requirements would be quite costly for the Department of Human Services (DHS). This would entail monitoring all adults for work requirements and adjudicating cases of whether or not someone meets an exemption, not to mention the numerous inevitable appeals. It would hugely increase the department’s bureaucracy. Considering that relatively few people would be directly affected by the proposed work requirement, these bureaucratic costs may not be worth it.

Conservatives may also balk at the way this bill would empower DHS bureaucrats who would make judgment calls about each individual’s ability to work, whether individuals meet a “good cause exemption,” what activities count as “community service,” and more. This scenario should not appeal to conservatives who oppose paternalistic and bloated government bureaucracies. Contrast that with the current scenario, where DHS plays a more limited role. If your income is below the threshold then you are eligible, and you can decide whether to enroll in Medicaid. That’s far simpler than adding work requirements to Medicaid.

To be sure, the bill’s authors may simply want to shrink the Medicaid program. I disagree with that goal. Medicaid has broad bipartisan support and effectively delivers health care and financial protection to our most vulnerable citizens. Increasing employment and overall well-being for low-income adults covered by Medicaid is a noble bipartisan goal, and we could suggest reasonable policy approaches to achieve it from across the political spectrum. Imposing work requirements for Medicaid is not one of them.

Medicaid is a health insurance program, not an employment-promotion program. We should continue to ensure that Medicaid delivers quality health care to low-income households as efficiently as possible, rather than introduce new and expensive red tape to address a problem that may not even exist.

Ezra Golberstein, Ph.D., is an associate professor of health policy at the University of Minnesota.

A work requirement for Medicaid recipients? It doesn’t make sense