The Midwest Governors Association recently descended upon St. Paul to hold meetings on grid security and modernization. Decision makers, staff, and stakeholders from across the region discussed how we can best optimize existing grid infrastructure to meet our future energy needs and ensure a secure and reliable grid for years to come. 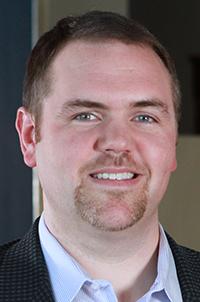 We have an antiquated grid that wastes energy, is incredibly expensive and inefficient, and is extremely vulnerable to terrorist attack. The assault by two gunmen on a San Jose substation in December 2013 is Exhibit A. In Puerto Rico last fall, extreme weather wiped out the island’s entire grid, and months later more than half the territory remained without power. We are one hurricane, terrorist, or computer hacker away from disruption of large swaths of our electrical grid.

While the answer to our grid security problem is complicated, the right policies must include not only further investment in microgrid technologies and growth of distributed generation systems, but an increasingly diversified energy portfolio and a competitive marketplace for energy.

For years, we’ve watched as energy became a polarized issue. Battle lines were drawn regarding specific forms of generation, with the left placing emphasis on protecting the environment at all costs — and using mandates and subsidies as tools along the way — while the right favored little intervention in markets, effectively keeping with the status quo (which historically hasn’t been aligned with free market principles or competition in the first place).

Seeing a paradigm shift on the right 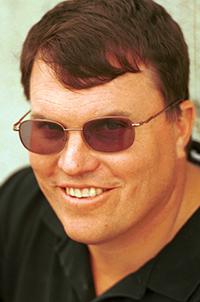 However, energy sources are not — and should not be — representative of ideology. We’re seeing a paradigm shift on the right where policies based on less government, free markets, and state control (rather than top-down federal policies) can also be pro-environment and pro-clean energy.

Clean energy is now a $200 billion business in this country, with more than 3.4 million jobs in the clean energy sector. In addition to Minnesota and other state-based polling, a recent national poll conducted by ClearPath showed that 70 percent of Republicans want more clean energy investment. That includes GOP donors, volunteers, delegates, and elected officials. Clean energy is not the political football it once was, and greater conservative engagement will only further depoliticize the issue.

It is time for Minnesotans to engage in a thoughtful, meaningful debate on how to best reshape our state’s electric system for the better. And it is past time for conservatives across the country to lead on energy policy, helping find solutions to the real challenges facing our nation.

Clean energy is no longer a liberal pipe dream, and conservatives need to embrace it. According to the Lazard firm, renewables are now cost-competitive with other forms of electricity generation without subsidies, and the demand for and deployment of renewables are exploding. The sector is creating jobs and developing innovative technologies that, with access to markets, have the potential to revolutionize the energy industry.

For over a century our electricity sector has been dominated by utilities — government-created monopolies with profits guaranteed by legislative action. It’s a business model that any free market conservative should abhor.

The emergence of cost-competitive renewable energy technologies presents conservatives with a great opportunity to reshape the energy economy along free market lines. Wind and solar projects are already being built and owned by private companies, and if we loosen regulations and encourage competition, prices will drop, choices will increase, and rapid innovation will follow.

It’s a model we encouraged in telecommunications a generation ago — breaking up monopolies focused on maintaining the status quo, and allowing the market to drive innovation. It worked! In just a few years we went from landline telephones with only voice technology, to a world where everybody has an interconnected supercomputer in their pocket.

It was free markets and competition that fundamentally altered our world for the better. It is past time that we do the same inside the energy marketplace, ensuring that grid modernization not only improves our grid and national security, but protects ratepayers and levels the playing field for energy producers, large or small.

Mike Franklin is the president of the Minnesota Conservative Energy Forum. Adrian Moore is the vice president of policy at Reason Foundation.

Minnesota grid would benefit from a diversified energy portfolio

By Mike Franklin and Adrian Moore